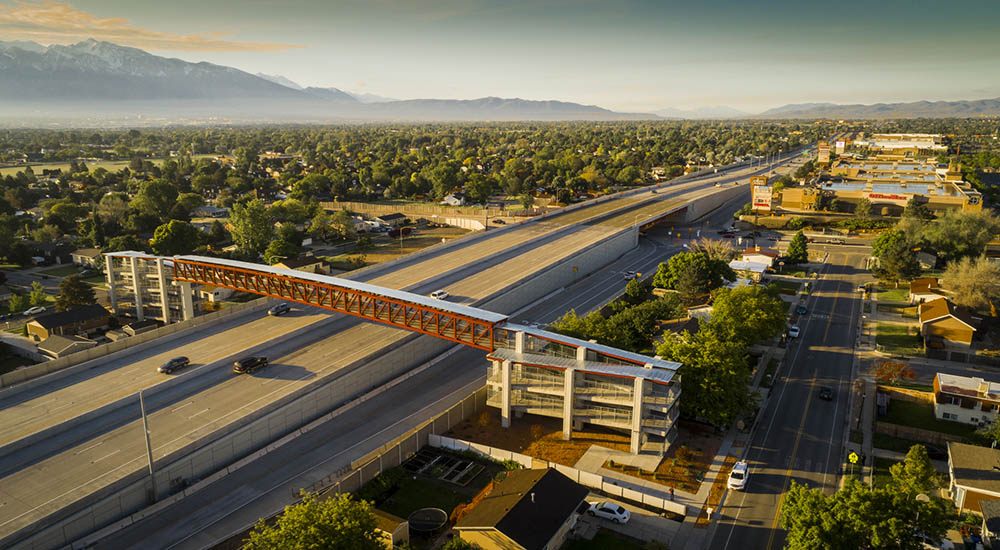 The Bangerter Four Interchanges Design-Build in Utah has been selected as a Best Highway/Bridge winner by ENR Mountain States. As part of a joint venture with Ralph L. Wadsworth Construction and W.W. Clyde, Michael Baker served as lead designer for the $140M project, which replaced four of the most heavily trafficked signalized intersections – 7000 South, 9000 South, 11400 South and the busy 5400 South – with grade-separated interchanges to improve traffic flow and safety for commuters.

The Bangerter Highway is a major North-South artery that serves the rapidly expanding population of Utah’s Salt Lake County and connects motorists with Salt Lake City International Airport. It’s considered a “partial expressway” because of a number of at-grade, signalized intersections. In fact, the highway features six of Utah’s 10 busiest intersections, including 5400 South, which handles nearly 94,000 vehicles daily. Traffic signals and heavy vehicular volume combine for bottlenecks that cost motorists time and money while impeding access to businesses in the Bangerter footprint.

To complete major construction in a compressed timeframe, the project team created subunits to develop the interchanges simultaneously. It maximized the advantages of the design-build approach by co-locating the field offices of Michael Baker, the JV and UDOT; this facilitated timely planning, implementation and modifications. Working as a unit from their co-located field headquarters, Michael Baker and the JV developed and implemented a plan that included:

Innovative drainage systems to limit catch basins and pipe in the easement. To date, the Bangerter Four Interchanges Design-Build has received the following recognition: