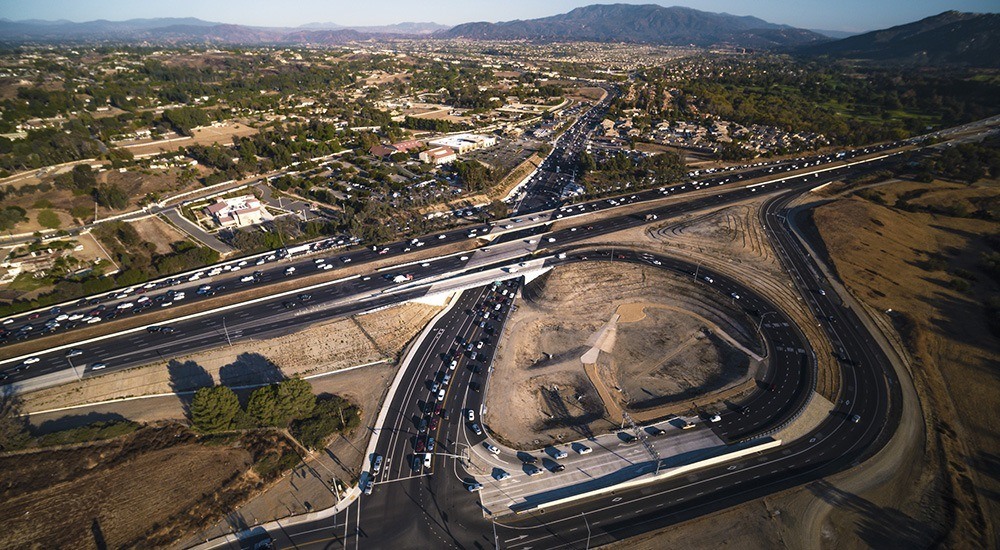 The I-15/Temecula Parkway Interchange was originally constructed in 1975 as a diamond configuration with Front Street/SR-79. In 1998, the interchange ramps were widened and SR-79 was realigned to intersect with Front Street a short distance from the southbound off-ramp. At this time, Michael Baker was retained by the City of Temecula to prepare a Project Study Report (PSR) to identify improvements to eliminate existing interchange operational deficiencies that affected both the freeway mainline and local streets. This was the beginning of a 20-year planning, design and construction process.

The constructed interchange improvements include reconfigured I-15 on- and off-ramps and a new southbound auxiliary lane with a two-lane exit that connects to a continuous movement loop off-ramp that passes over Temecula Parkway on a new two-lane bridge, allowing motorists to head east on Temecula Parkway without stopping. The new interchange also eliminated the need for conflicting traffic movements to stop at signalized intersections. New southbound on- and off-ramps align with the existing Front Street/Temecula Parkway intersection. These interchange improvements have significantly improved traffic flow entering and exiting the freeway, with the added benefit of reducing freeway and local highway congestion.

To date, the I-15/Temecula Parkway Interchange project has received the following recognition: