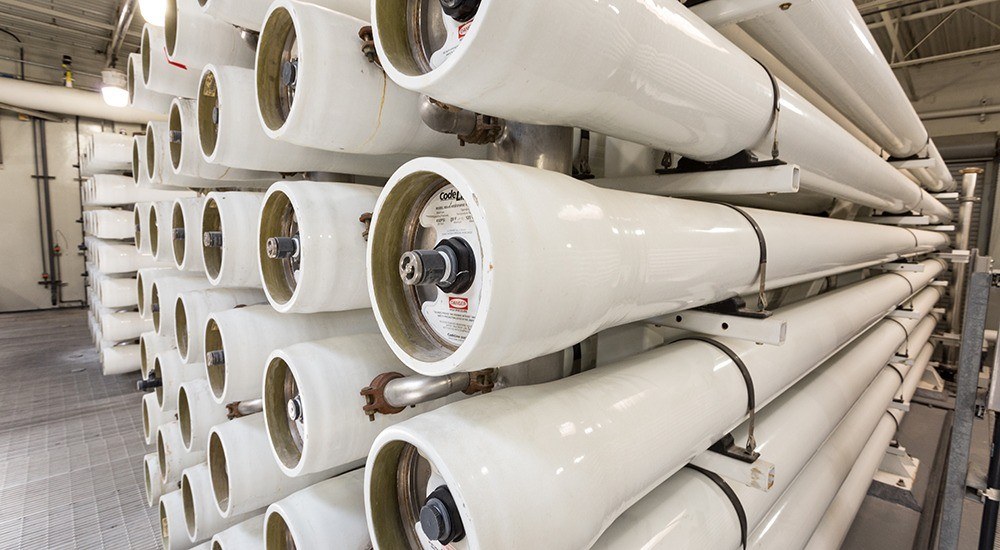 As a young teen growing up in Southern California, Ron Craig designed and built a water irrigation system for the lawn of his parents’ new home. It worked so well, he reminisces, that his neighbors asked him to build similar systems for them.

Even then, he already had found ways to combine his interests in solving problems, designing and building, community outreach and entrepreneurship into a micro-enterprise dealing with the management of one of California’s most coveted resources: water.

Great practice, it seems, for what ultimately would become for Craig, now West Region water supply-wastewater leader for Michael Baker International, a long and impassioned engineering career helping communities, counties and the State of California with their water management issues.

Craig and his team navigate contentious water politics and policy, as well as issues involving access, sourcing, environmental laws and permitting, desalination and other technological innovation, to generate, conserve and otherwise better manage water resources for the City of Chino Hills and other Michael Baker clients, from Monterey to San Diego and beyond.

“We combine technical expertise to package all of the elements that need to physically be put into place for our clients,” says Craig, who acknowledges having to embrace the three-fold roles of visionary politician, technical expert and navigational change agent for the company’s clients, particularly through what he calls “concept” projects.

“Institutionally, technically and environmentally, we bring a high level of expertise in all of these areas,” says Craig, who is based in Michael Baker’s Temecula, Calif., office. “We know there will be changes. We’ll have to help our clients navigate through each wave, but we’ll bring you through it.”

Adds Anna Lantin, director of Michael Baker’s West Region: “We’ve had to wear many hats, from technical, community planning, and outreach. But we also live and play in these watersheds, so we have a personal stake in managing them.”

As of this past spring, heavy rains and record snow packs from northern California to the southern part of the state ended a prolonged drought, while taking out roads and bridges and scattering mud and debris up and down the coast. Even though the most recent drought now is considered history, Craig says the West Region still is challenged with a lack of potable water to meet an ever-growing population. Many of the systems now are vulnerable because of aging infrastructure and the potential for seismic activity in the region.

They have provided engineering consulting, environmental studies, design, regulatory permitting, construction management, economic analysis and pilot testing over the last several decades in efforts that have led to the development of a long list of sometimes politically charged projects to desalinate seawater and brackish groundwater (water with high levels of salt and nitrates due largely to decades of agricultural operations).

At the same time, Michael Baker teams have helped the likes of San Diego and other cities and towns with efforts to completely recycle their wastewater for either reuse or as a source of revenue, selling the treated water to other communities in times of surplus as part of their own water source planning programs. All have required major investments by state and local governments, as well as various public agencies that control watersheds and manage groundwater basins and regional and local water districts.

“Water is getting expensive to secure and treat,” says Lantin in response to such investments. “It’s rare, and the sources of water are very limited here.”

“We have faced one wave after another of hurdles with regulatory agencies, stakeholders, construction solutions, even basic design,” Craig once said in describing a typical large-scale water project involving multiple agencies, water sources and communities. “Collaboration is the key in overcoming every hurdle. We just roll up our sleeves and work side by side through every challenge.”

OUT OF WATER: A CHINO HILLS SUCCESS STORY

The City of Chino Hills, located in the hills southeast of Los Angeles, probably understands the importance of collaboration, long-term planning, investment and engineering guidance more than most communities in the region, thanks in large part to Craig and his Michael Baker team. And a one-time crisis that left the city with virtually no water.

“There was an environment of minimal competencies” with regard to sound water supply planning and management," Craig says of Chino Hills during that crisis. “There was a lack of communication between operations and engineering staff and City Hall and no collaboration with surrounding agencies.”

Initially, the city drilled more wells into the ground and built more above-ground water storage facilities in an effort to meet its growing demands. As a result, Craig says, the city said it had increased its water supply capacity to 19 million gallons a day.

“In reality, it was closer to only 8 million gallons a day of sustained supply,” Craig says. “And when heavy Santa Ana conditions would set in, with 90- to 100-degree weather, certain water tanks would be bone dry for three to four days at a time, and major water customers had to be shut off.”

The City of Chino Hills hired Craig and his team in 1996 to resolve the water crisis and align the city with a more sustainable supply management plan. Craig and the Michael Baker team have served the city ever since.

“One of the best investments the City of Chino Hills makes is in having Michael Baker’s Ron Craig on its team,” says Nadeem Majaj, director of public works and city engineer for the city over the last five years. “Mr. Craig has led the water efforts on behalf of this city for decades and on multiple fronts. Through innovation and diplomacy, Ron and the city staff rescued the city.”

Adds Craig about the moment he and his team stepped in to help: “We had to lead – where do we find water?”

This was where Craig’s knowledge of the politics and economics of water management in southern California came in handy. Craig, pursuing a balance of diplomacy, negotiation and advocacy on behalf of Chino Hills, began interactions with the Santa Ana Watershed Project Authority (SAWPA), which was made up of “a lot of wholesale agencies” within the watershed of the Santa Ana River.

As it so happens, SAWPA had been working to secure funding partners and “subscribers” that would support efforts to build and later expand a desalination plant in Chino, not far from Chino Hills. Michael Baker also would have the opportunity to provide engineering and other services separately for the Chino Desalter projects to SAWPA and, more recently, the Chino Desalter Authority (CDA).

The desalters’ role: to desalinate a local and plentiful source of groundwater within the watershed, “cleaning up legacy groundwater pollution from citrus agriculture and dairy farms,” Craig says. “There was a legacy buildup of nitrates and salts from fertilizers and manure.”

Following considerable negotiations, Chino Hills agreed to subscribe to the desalination plant, which would desalinate and treat water for potable use and pipe it to Chino Hills for use and storage. Initially, that subscription arrangement supplied upwards of one-quarter of the city’s overall water supply demands. Today, that number has climbed to nearly 30 percent, Majaj says.

“With his extreme technical knowledge and diplomacy, Ron was able to negotiate the construction and coownership of water lines and wells,” Majaj says. “And Ron now represents us on the Chino Desalter Authority as one of the entities and at the Chino Basin Watermaster supporting regional partnerships and management.”

Under the current agreement, Majaj says, Chino Hills is entitled to 17 percent of the treated water that has been processed through the desalination plant, which amounts to an estimated 4,200-acre-feet of water annually.

“Without that, we would have had to import water, and we already were pulling capacity from our wells,” Majaj explains.

As Craig and his team had calculated, the ultra-clean desalinated and treated water not only replenished Chino Hills’ storage facilities and supplemented the city’s own well water, it also blended with the well water, substantially improving the overall quality of the blended water for residents over what they had been receiving without the desalter subscription.

Given the severe drought of the last several years, the desalter-supplied water also provided an additional source of water that allowed Chino Hills to continue to provide water for residents without the imposition of severe austerity measures experienced by residents elsewhere in the state.

“The city fared very well because of our multiple sources of water, thanks to people like Ron Craig,” Majaj says. “We have been able to withstand the recent severe drought and are confident that we will continue to do so in the future.”

Still, he continues, the city did elevate its drought-alert stage to a Level 3 during the drought, rationing water used outdoors to two days a week. Moreover, the city itself took steps to reduce its own water use, including changing public landscapes to include more-drought-resistant plants and shrubs. Those measures reduced the city’s own water use by 50 percent, according to Majaj.

“We actually were able to save 28 percent in 2014 over the amount of water we used in 2013,” Majaj says of the city’s water conservation efforts. “So we never had to worry about running out of water.”

That goes for the future as well. “The state has determined that the drought is over, but we’re continuing with certain conservation mandates,” Majaj says of the combination of water source diversity and conservation efforts. “It’s absolutely needed. [The drought] is really never over. It’s cyclical. It could be a very short time before it happens again, and it could be even more severe next time.”

Adding to the desalter-treated water, Craig also secured for Chino Hills a seven-year agreement with a regional sewage treatment agency to treat all of the city’s wastewater and then sell it back to the city as recycled, providing yet another source of local water.

Water agencies throughout the West Region, Craig says, face difficult decisions on how much diversity of supply, redundancy and sustainability to their portfolios they can afford.

“It’s about water security,” Craig says of his team’s efforts with Chino Hills and other cities in the region, as well as with the company’s work with the Chino Desalter and other desalination plants. “It’s about reliability and redundancy. We help provide for them more diversity in their water portfolios and acquire more water rights. For Chino Hills, we got way ahead of the curve.”