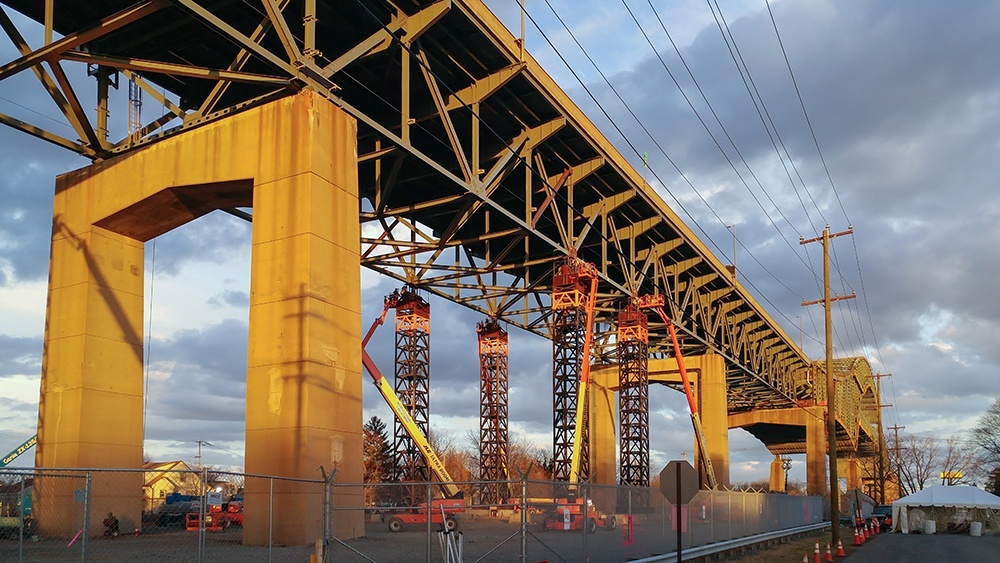 Michael Baker’s role in the Delaware River Bridge Emergency Response was recognized by ACEC with a National Honor Award.

The Delaware River Turnpike Bridge is the 6,571-foot, 31-span bridge joining the Pennsylvania (PTC) and New Jersey (NJTA) Turnpikes across the Delaware River. A full-depth fracture discovered in the top chord (tension zone) of a four-span continuous deck truss unit on the Pennsylvania approach in early 2017 resulted in an immediate closure of the bridge.

Michael Baker’s role on the project included emergency field and office support, including engineering analysis, design and plans review. Our team supported the truss repair, on-site operations and planned and coordinated the non-destructive testing (NDT) and evaluation of several hundred similar locations in the trusses selected for further examination.

This bridge project is the largest ever in the United States to use NDT and materials testing to assess a damaged steel bridge. The complex evaluation and repair of the truss spans was completed with minimal construction stoppages or interruptions to expedite the reopening of the structure to the traveling public in approximately seven weeks’ time.