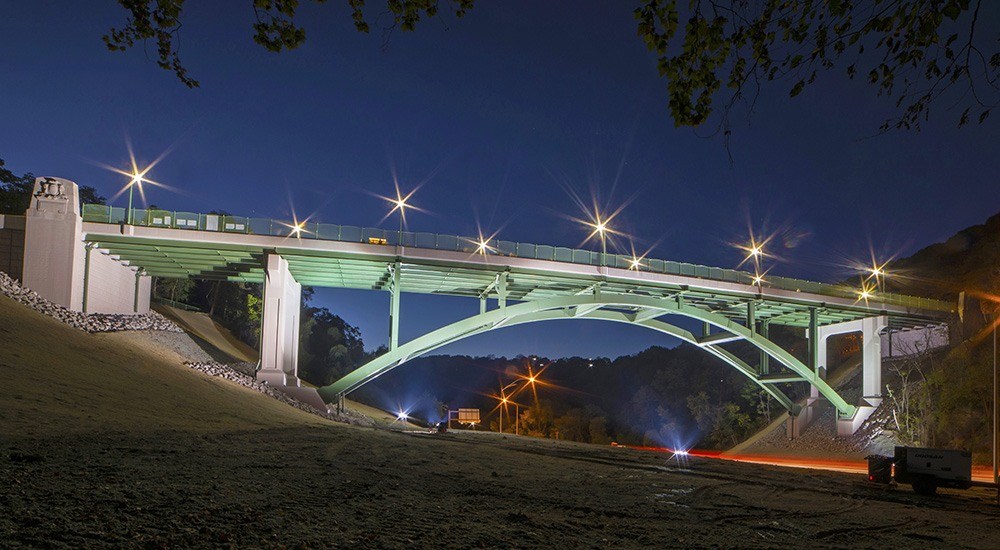 Michael Baker played a key role in the redevelopment of the Greenfield Bridge in Pittsburgh, which received an Outstanding Engineering Achievement Award from the Pittsburgh Chapter of the Pennsylvania Society of Professional Engineers (PSPE).

Constructed in 1921 as one of seven concrete arch bridges in the city, the original Greenfield Bridge most recently carried nearly 12,800 vehicles daily. The span garnered national attention as one of 70,000 structurally deficient bridges in the United States.  Construction crews installed both a netting system and a temporary span under the bridge, which were engineered to capture any falling concrete and debris before they could reach passing vehicles below on the Parkway East.

Our team served as the primary construction management and inspection services firm. We ensured timely, efficient and safe delivery of all phases of the new bridge, including new abutments, piers, steel arches and a bridge deck. The new bridge includes three lanes of travel for motorists, a bike lane and a sidewalk for pedestrians.