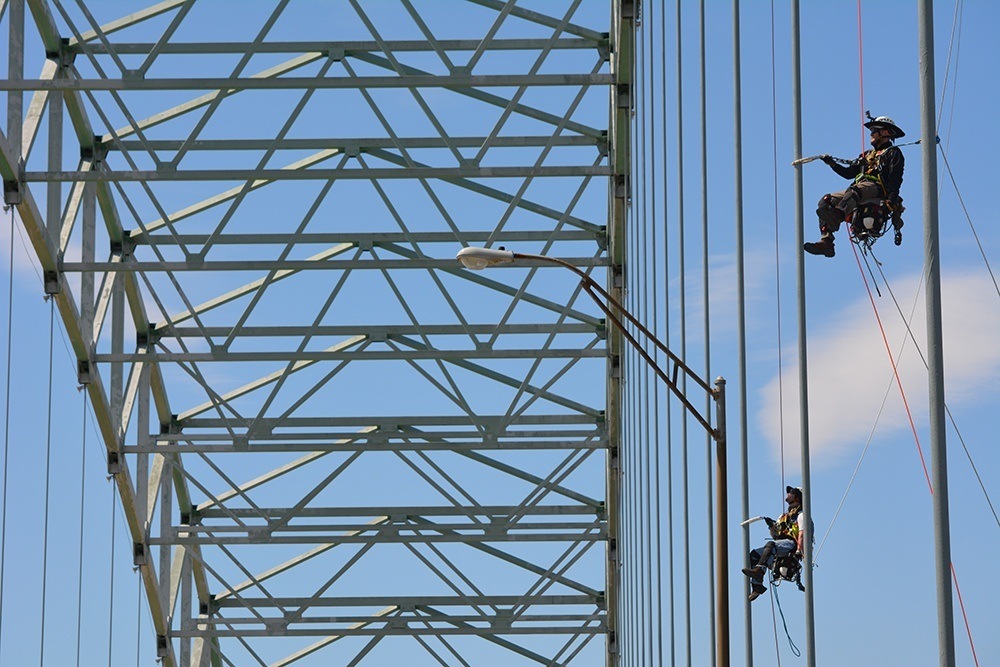 Traditionally, the Arkansas Department of Transportation (ARDOT) performs its own inspections of bridges within the state, using traditional methods to inspect all primary and secondary structural bridge members. However, the state’s two-span, tied-arch truss Hernando de Soto Bridge, which carries Interstate 40 over the Mississippi River between West Memphis, Arkansas, and Memphis, Tennessee, proved too difficult to inspect adequately using traditional methods alone, due to the considerable height, unique structural configuration of the trusses and heavy-traffic considerations.

In 2013, 2015 and 2017, ARDOT turned to Michael Baker and our unique, specially trained team of hands-on, rope-climbing inspectors with their motorized ascenders and other specialized climbing equipment to complete the inspections. We are one of only a few engineering firms in the country with this technical capability.

Our team used traditional and rope-climbing methods to conduct thorough inspections of the arch truss spans, including the truss chords, diagonals, verticals, joints, bracing members, suspension cable hanger connections and suspension cables. Although approximately 10 days was allotted for each inspection, the team completed each inspection in just over a week.