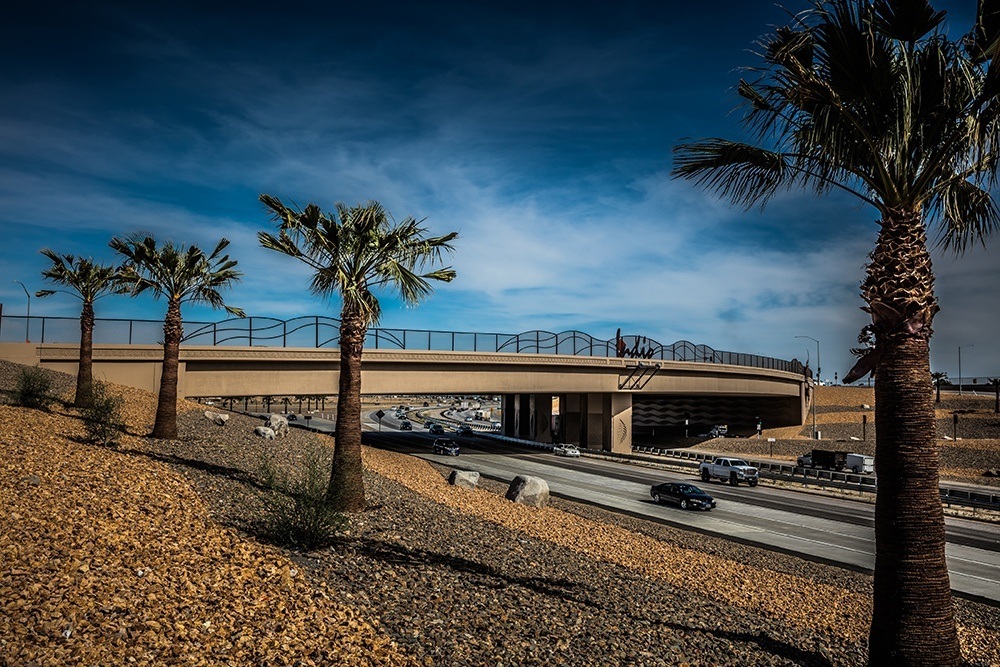 The I-10/Jefferson Street Interchange in Indio, California, has been selected as a Best Highway/Bridge winner in Engineering News-Record California’s Best Project Awards. Michael Baker served as the lead designer for the $42M project, which resulted in a thoroughfare that is more intuitive to navigate and eases traffic congestion for 1.4 million visitors to the region annually. The project included two parallel 78-foot-wide by 440-foot long bridges, resulting in a six-lane overcrossing designed for traffic entering and exiting the I-10 freeway from both directions. The new overcrossing also has dedicated turning lanes and shoulders wide enough to accommodate a bicycle lane and a sidewalk for northbound pedestrians. Five entrance and exit ramps were constructed along with one spread footing and four mechanically stabilized earth (MSE) retaining walls, one of which stands 50 feet tall and spans 630 feet in length. Serving as many as 16,500 vehicles daily, the new interchange configuration provides a much-improved connection to the cities of Indio, La Quinta and Coachella.