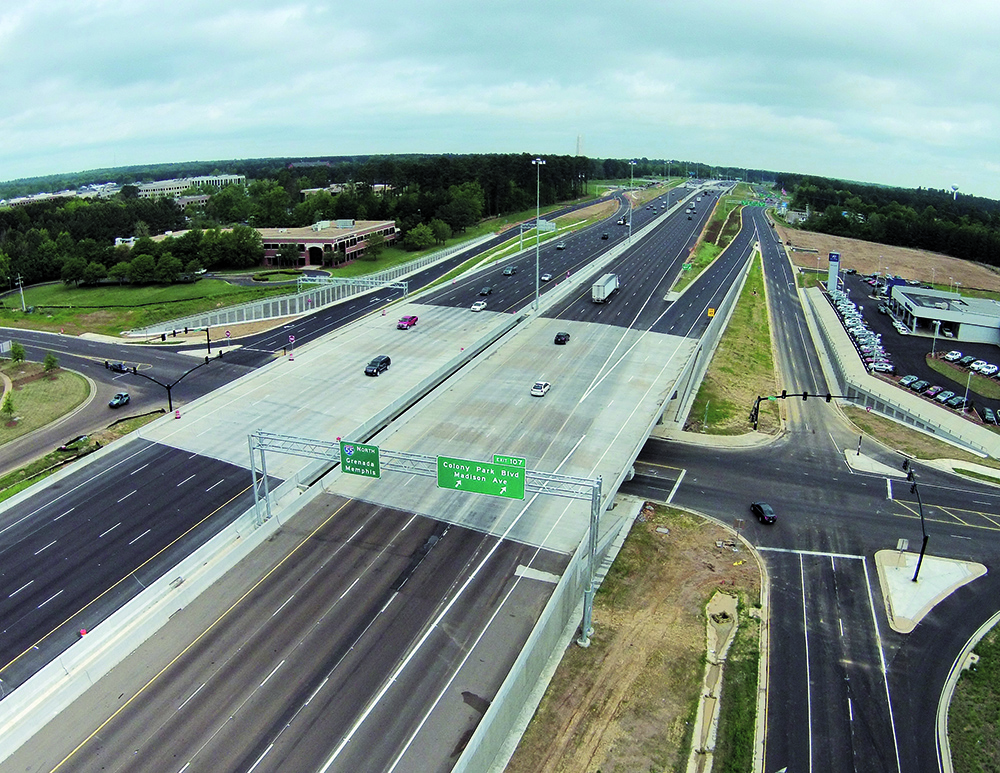 We designed and reconstructed three miles of Interstate 55 in Madison County, one of the largest construction projects in the state. The Mississippi Department of Transportation (MDOT) selected our team to redesign this critical section of I-55, an area known for persistent gridlock. The centerpiece of our solution was a new “split-diamond” interchange design to enhance capacity, access and efficiency for a growing part of the region.

Among our innovations for the project was the design and development of Colony Park Boulevard, a new east-west route for the city of Ridgeland that provides access to the interstate in a growing area. Rather than construct the new roadway over the interstate and hinder future growth, we designed the road to pass under I-55. To accomplish this, we created a complex system to alternate head-to-head traffic on the northbound and southbound lanes of the interstate. Crews then constructed the bridges on top of the existing ground using drilled shafts and temporary casings prior to pouring the caps, placing the beams and pouring the deck. Once the new bridges were in place, workers excavated the ground below the interstate for the development of the new roadway.