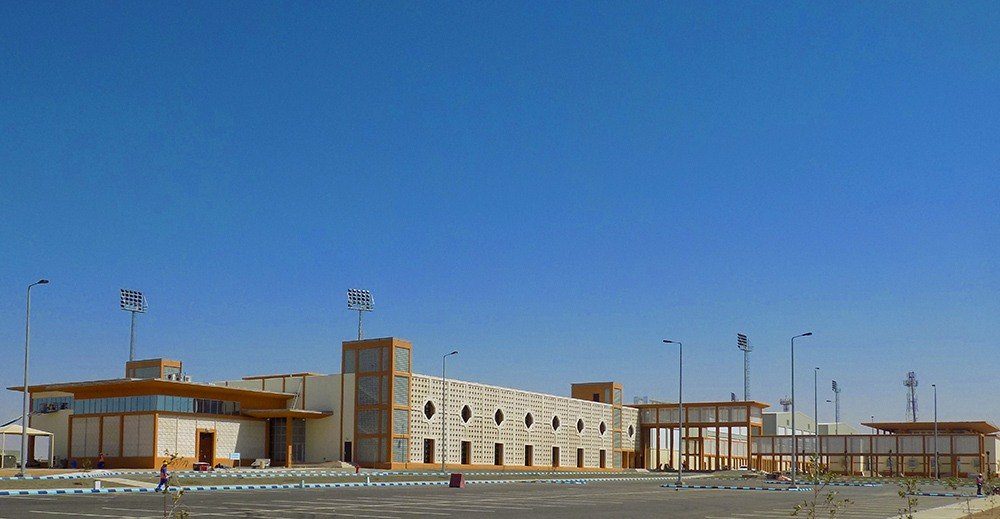 Responding to turbulent national and international conditions, global security was a key design element for the academic, training and support facilities at the King Khalid Air Base (KKAB) in Saudi Arabia. The base is operated by the Royal Saudi Air Force, located near the city of Khamis Mushayt, approximately 550 miles south of the capital, Riyadh. Modern upgrades to the KKAB were needed to transform a once dysfunctional site into a secure, relevant, and livable campus-type setting. The project consisted of the design-build delivery of the new King Khalid Training Center (KKTC), which includes a maintenance training facility, headquarters and administration facility, dining facility, four dormitories, Mosque, avionics/pod facility and a student center. The facility also features a renovated athletic track and field, paved pedestrian parking with sunshades, and a new parade ground with viewing stands.