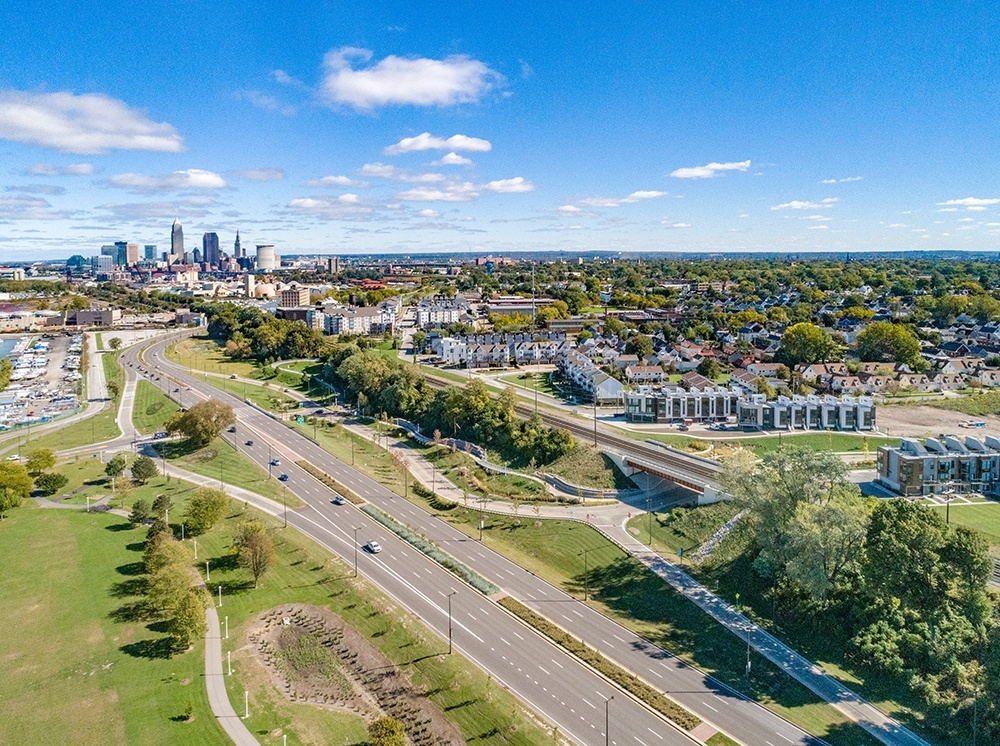 The upgraded Lakefront West Corridor in the City of Cleveland was recognized by ACEC with a National Recognition Award.

Michael Baker, in partnership with the Ohio Department of Transportation (ODOT) and the City of Cleveland, developed a plan to convert the existing Cleveland Memorial Shoreway from a six-lane, limited-access highway to a safe, low-speed boulevard.

This $80 million long-term, multi-phased project began in 2006; phased construction has been ongoing since 2010 with the pedestrian tunnels, then moving in 2013 on to West 73rd Street, and finally to mainline work which concluded in 2018.

We studied potential access points to introduce new or modified at-grade intersections to connect local neighborhoods to the new boulevard and Lake Erie. Altogether, eight ramps and 15 intersections were reconfigured along the corridor to facilitate the conversion of the freeway into a pedestrian-friendly boulevard. Challenges along the way included the relocation of an 84-inch interceptor sewer, as well as 10 fiber-optic lines along the railroad.

To date, the Lakefront West Corridor project has received the following recognition: