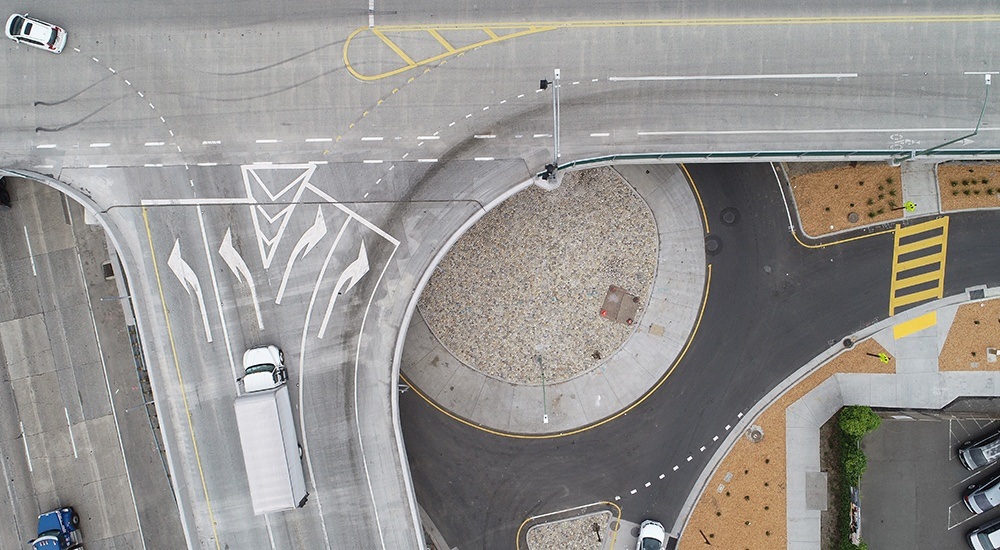 I-880 is a major corridor in California’s Bay Area region, connecting the Port of Oakland with Silicon Valley. High traffic volumes, nonstandard geometry, nonstandard interchange spacing and short weaving all contributed to the deficient flow of traffic and high accident rates in the vicinity of the 23rd Avenue and 29th Avenue interchanges.

Major project stakeholders included the California Department of Transportation, Alameda County Transportation Commission and the City of Oakland. To improve safety and operations at the interchanges, a five-stage plan was executed.

The finished project includes ramp and intersection modifications and reconstruction, overcrossing structure replacements and construction of a new soundwall and re-directs regional traffic out of the neighborhood. The final structures better connect the cities of Alameda and Oakland and can now be used by school children within the Jingletown neighborhood, motorists, pedestrians and bicyclists.

To date, the I-880 Northbound Safety and Operational Improvements at 23rd and 29th Avenues project has received the following recognition: