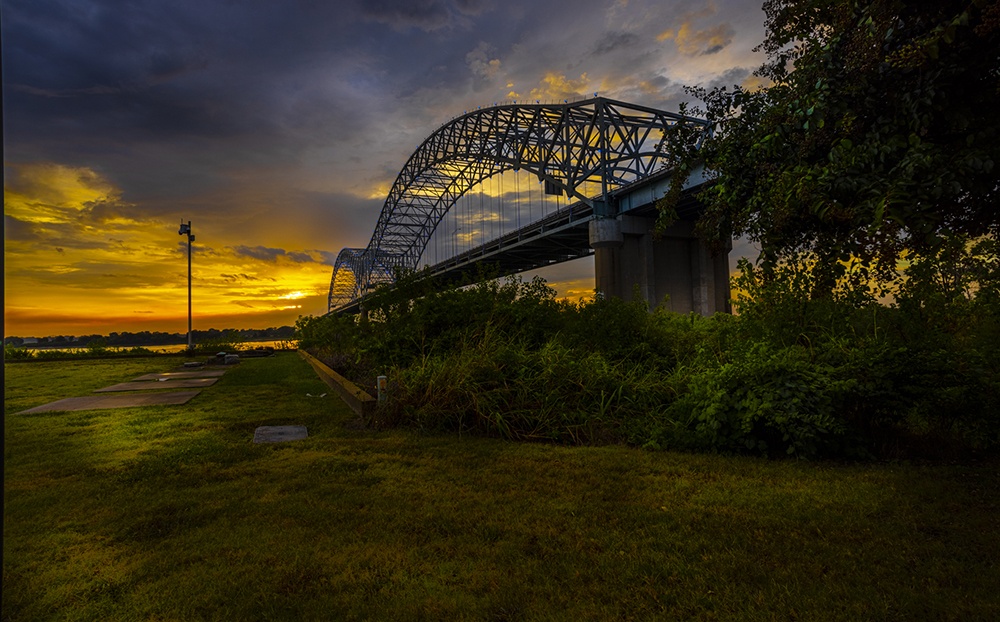 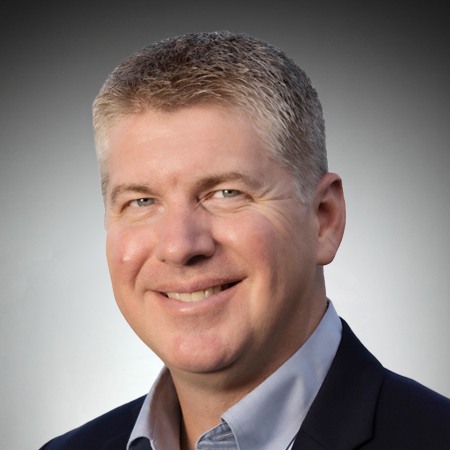 The Hernando de Soto Bridge is a steel-tied arch structure that carries Interstate 40 (I-40) across the Mississippi River between West Memphis, Arkansas, and Memphis, Tennessee. As one of only two crossings of the Mississippi River in the Memphis area, the bridge is a vital transportation, commerce, and defense link, carrying approximately 60,000 vehicles daily.

On May 11, 2021, Michael Baker International inspectors were conducting a routine inspection of the upper portions of the Hernando de Soto Bridge they noticed a fracture in the tie girder of the bridge below deck, located within the Arkansas Department of Transportation's (ARDOT) scope of inspection. With safety as the top priority, our team sprang into immediate action, contacting local authorities to shut down all traffic across and under the bridge. The emergency closure quickly gained attention across the country from the public, media outlets and politicians alike. Tennessee Governor Bill Lee, Arkansas Governor Asa Hutchinson and U.S. Secretary of Transportation Pete Buttigieg all visited the bridge in the days following the closure.

Following the initial discovery of the fracture, the extent of the damage was unknown, and we needed to ensure that the structure was safe for repairs to begin. Our team includes experts in using unmanned aerial systems (UAS) in bridge inspections to capture images and data in difficult-to-access areas, and we were able to use UAS to scan the rest of the structure. No additional damage was observed and we swiftly moved plans for repair into design and construction.

Under the Tennessee Department of Transportation (TDOT), a three-phase plan for the project was devised with Michael Baker serving as the lead designer. Phase 1 consisted of the design and installation of temporary stabilization plating and was completed within 14 days of the closure (May 25, 2021). Phase 2 used post tensioning to reduce the stresses in the tie and fully bolt repairs over the fracture and 150 feet of its length. Phase 2 was completed 53 days after the closure (July 3, 2021). The third and final phase addressed additional defects noted in the tie during inspection and was completed on July 31, 2021.The same day, all I-40 eastbound lanes opened and on August 2, 2021 all westbound lanes opened.  Traffic was again flowing just 83 days after the fracture was discovered.

Both ARDOT and TDOT share responsibility for the bridge: ARDOT handles inspections and TDOT handles repairs. Michael Baker provided inspection services for the portions of the bridge above-deck, including the arch ribs and hangers, for ARDOT. We also served as the lead designer all phases of repair for TDOT. The Federal Highway Administration (FHWA) was also a key partner throughout the project, aiding with the repair plans.

Several factors contributed to the success of this project:

Focusing on Collaboration and Communication

Early on, we recognized that collaboration and communication  would be important to repairing the fracture and reopening the bridge as quickly as could be properly accomplished.

With the critical nature of the project, we understood the need to expedite repair efforts as quickly as possible. Within Michael Baker we immediately mobilized multiple teams of engineers to analyze and assess the current condition of the bridgeand begin the repair design and plan development for both short-term and long-term repairs.  In all, we called on more than 60 of Michael Baker’s Engineering staff from around the country to contribute to the project in design and review/oversight roles to ensure that timely and prudent decisions were made at all phases of the work and that multiple phases could be advanced in parallel to expedite the repairs.

External communications were equally as important. With the emergency nature of the project there were a great number of people within both departments and federal highway that need to be kept abreast of the latest developments. Coordination meetings were held daily amongst the design and construction team, traffic and operations, and public involvement professionals for each department. In addition, daily briefings were held to update Federal Highway, and executive leadership

The team, both internally and externally, came together to work toward the common goal of reopening the Hernando de Soto Bridge to traffic as soon as the necessary repairs could be safely made. All partners on the project proceeded in lockstep as repairs commenced, with daily working meetings to resolve challenges and frequent status meetings held throughout the entirety of the project.

TDOT selected the Construction Manager/General Contractor (CM/GC) project delivery method, in which the project owner hires a contractor to provide feedback during the design phase before construction begins. This project delivery method allowed the owners, our engineers and the contractor to collaborate on repairs, while also reducing risk, improving constructability and improving material procurement and schedule. Within a week of the fracture being discovered, General Contractor Kiewit Infrastructure South Co. was brought onboard to provide crucial input to the team.

Throughout our company’s history, there has been a clear constant: quality is the cornerstone of every project. With the Hernando de Soto Emergency Bridge Repairs, time was of the essence and there was no time to backtrack. We had multiple teams working simultaneously and quality control checks were regularly done to ensure all components of the project were up to standards. With the breadth of expertise at Michael Baker, we were able to identify the most appropriate colleagues to work on each piece of the project.

In any project, adaptability is critically important but in a project with so many unknowns, adaptability was non-negotiable. We had to be prepared for challenges and setbacks, while also bringing together the right mix of people to overcome those challenges and setbacks. At Michael Baker, we embrace the philosophy that we are stronger together and this project is a shining example of the passion our Wolf Pack members share for one another, making sacrifices for a common objective and really trusting one another.

I am proud of the team that came together to reopen the Hernando de Soto Bridge and restore this important structure.

Jeff Sams performs an inspection of the fracture 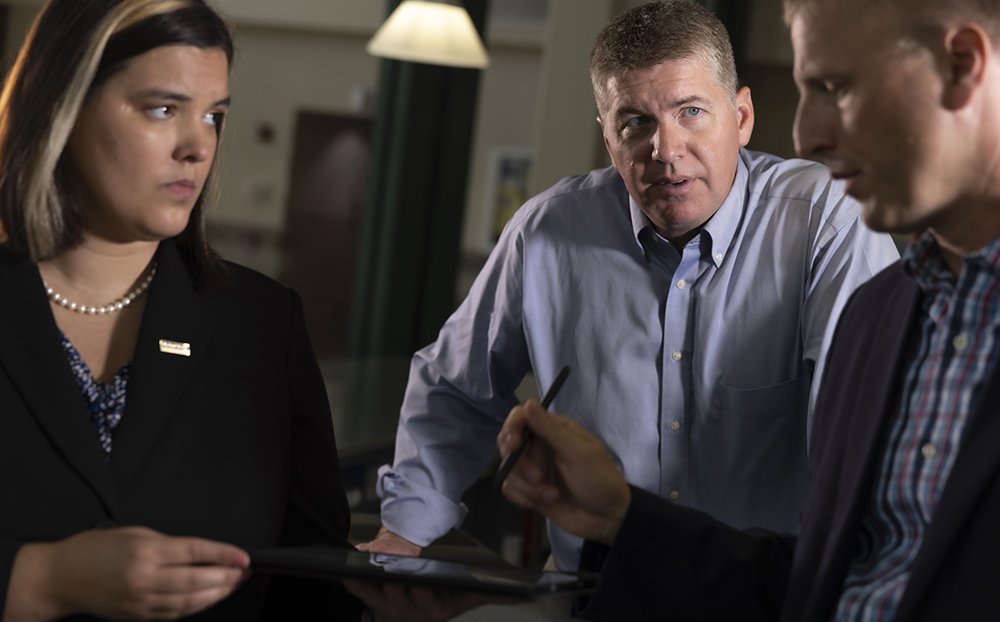 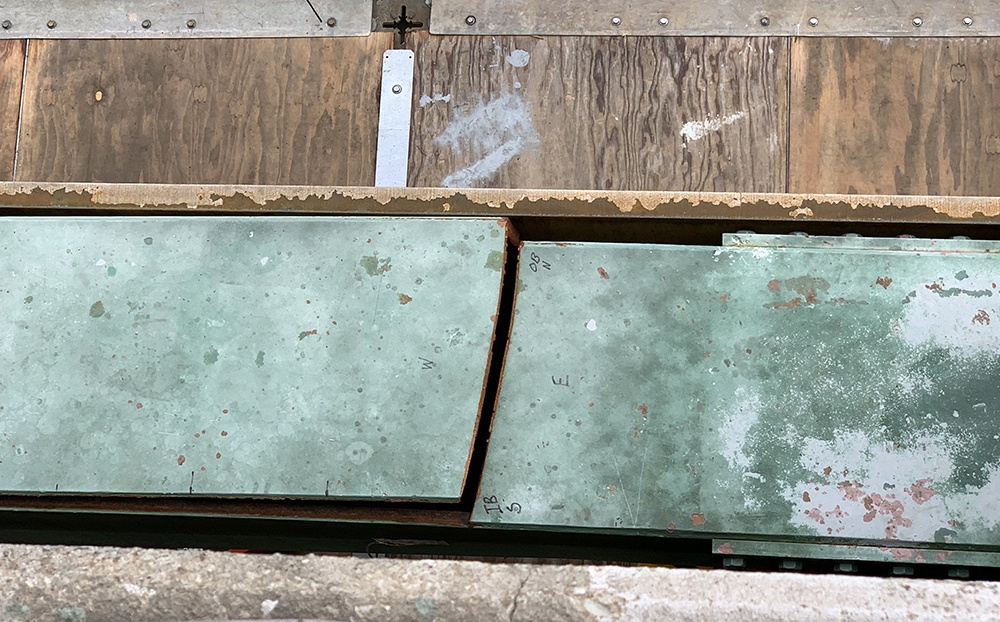 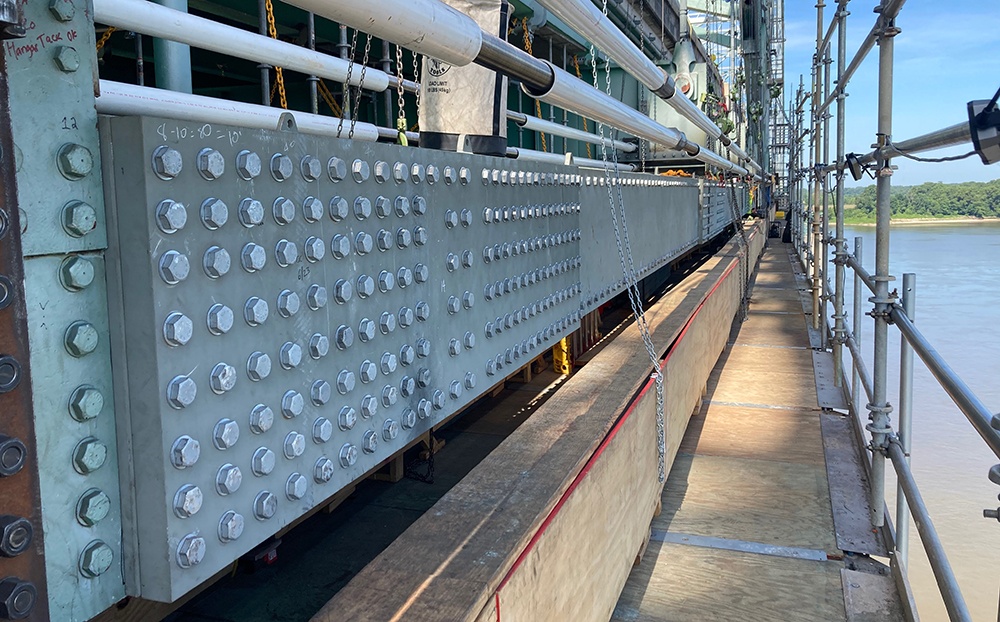 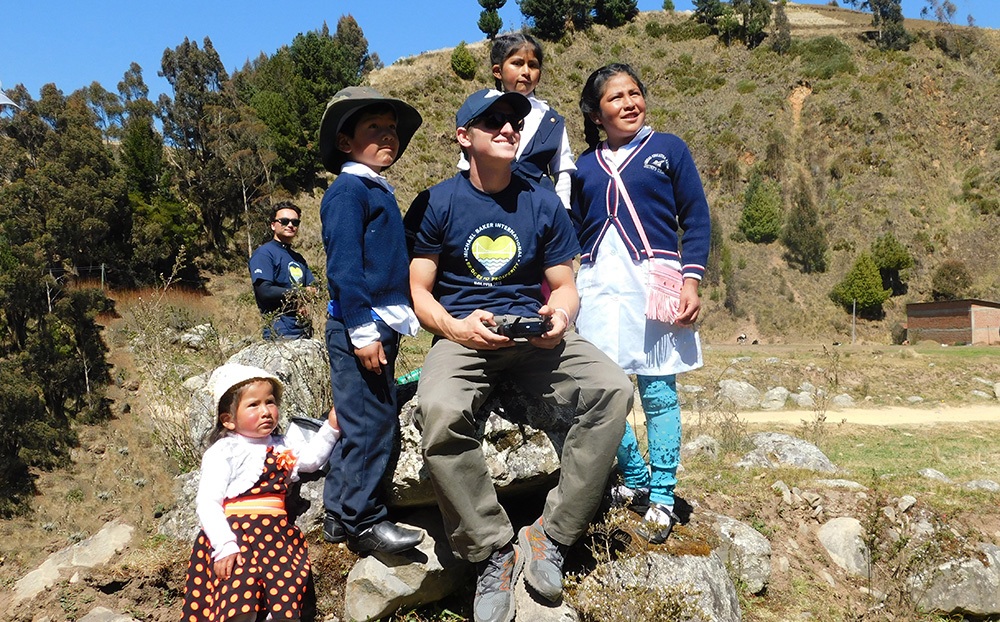 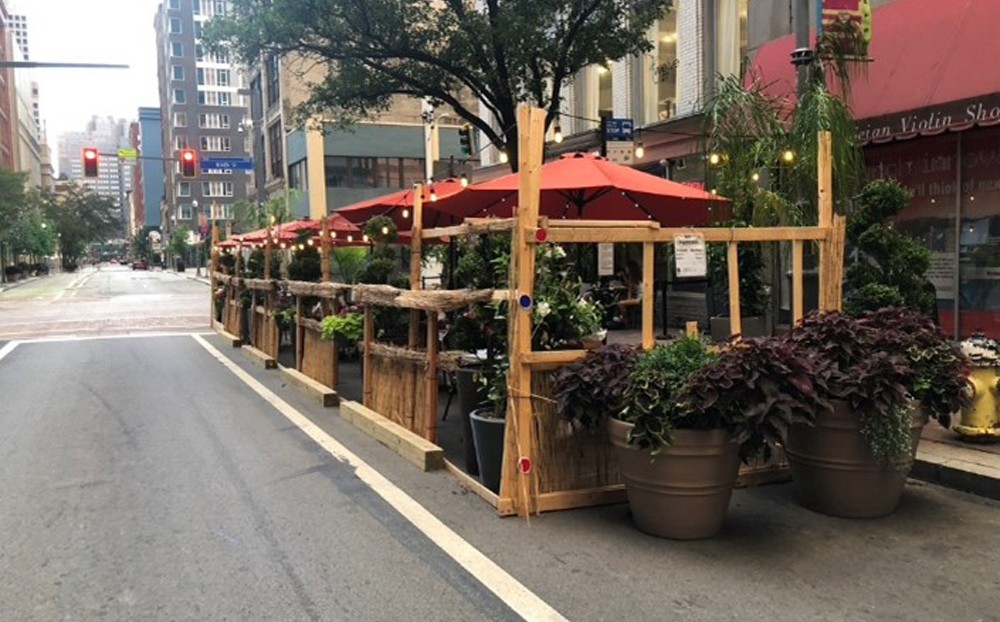 Creative adaptations to public spaces are critical for a return to vibrant urban activity.