Time was of the essence for Atlanta’s Courtland Street Bridge replacement. An important artery for the city with access to Georgia State University (GSU), the State Capitol, Atlanta City Hall and Mercedes-Benz Stadium for more than a century, the old Courtland Street Bridge showed significant signs of deterioration and needed to be replaced to safely handle increased traffic and heavier vehicles. With the General Assembly of the Georgia Legislature and 2019 Super Bowl at Mercedes-Benz Stadium looming, an innovative solution was needed to complete the project ahead of these major events.

Partnering with project owner Georgia Department of Transportation (GDOT), the Design-Build team of lead designer Michael Baker International and contractor C.W. Matthews developed a plan that would cut down construction time from two years to just five months using accelerated bridge construction. A combination of skill, communication and expertise allowed the team to finish the project safely, within budget and most incredibly of all, ahead of schedule.

A phased design plan separated the project into Foundations, Substructure, Beams and Superstructure, allowing design, review, approval and fabrication to move quickly. This allowed construction on the critical path foundations beneath the existing bridge to begin even while the old bridge deck still carried live traffic. Another major artery, Decatur Street, also ran directly through the site, with traffic that had to be maintained throughout the life of the project.

The Michael Baker team coordinated with GDOT on extensive modeling to determine the appropriate load case and best ways to move forward with partial construction plans as others were being finalized. This project marked the first time GDOT had approved partial bridge plans, emphasizing the client’s trust in the team. 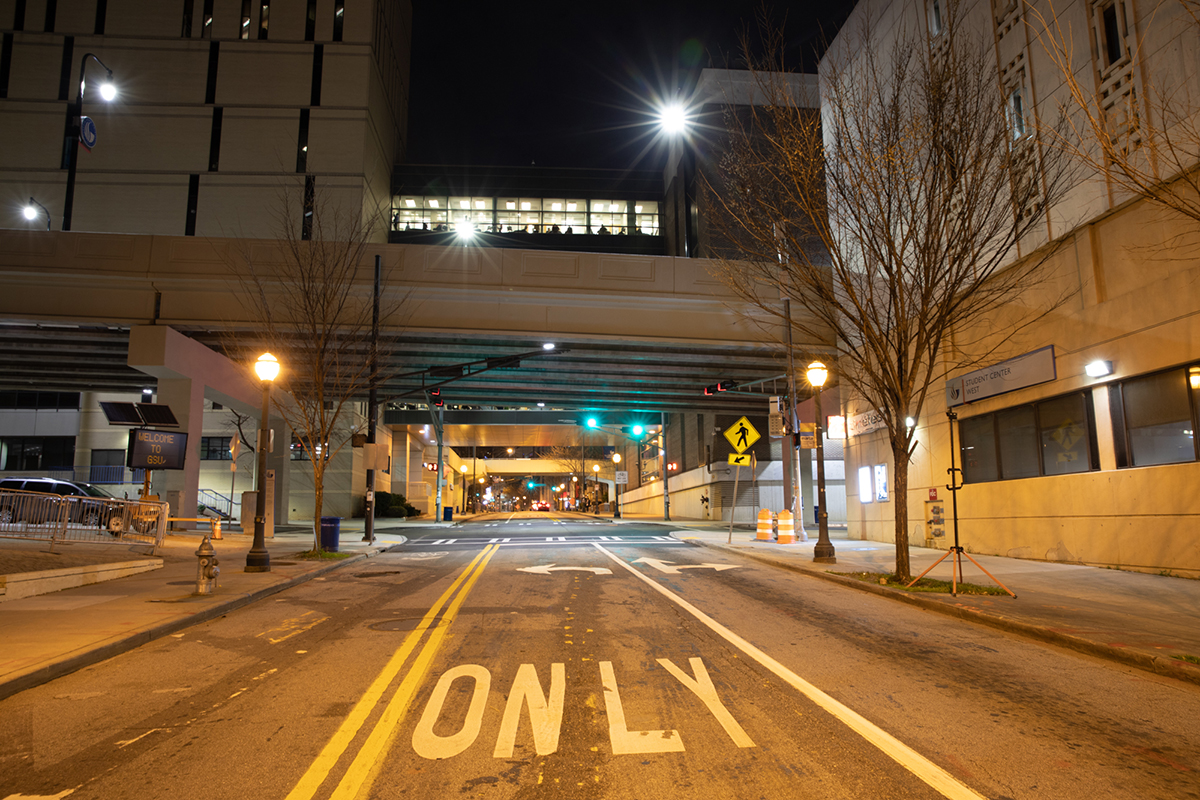 “The design-build team’s expertise, GDOT’s flexibility, and Georgia State University’s cooperation were all essential to overcome the logistical challenges of rebuilding this important historical connection through the heart of Atlanta.” 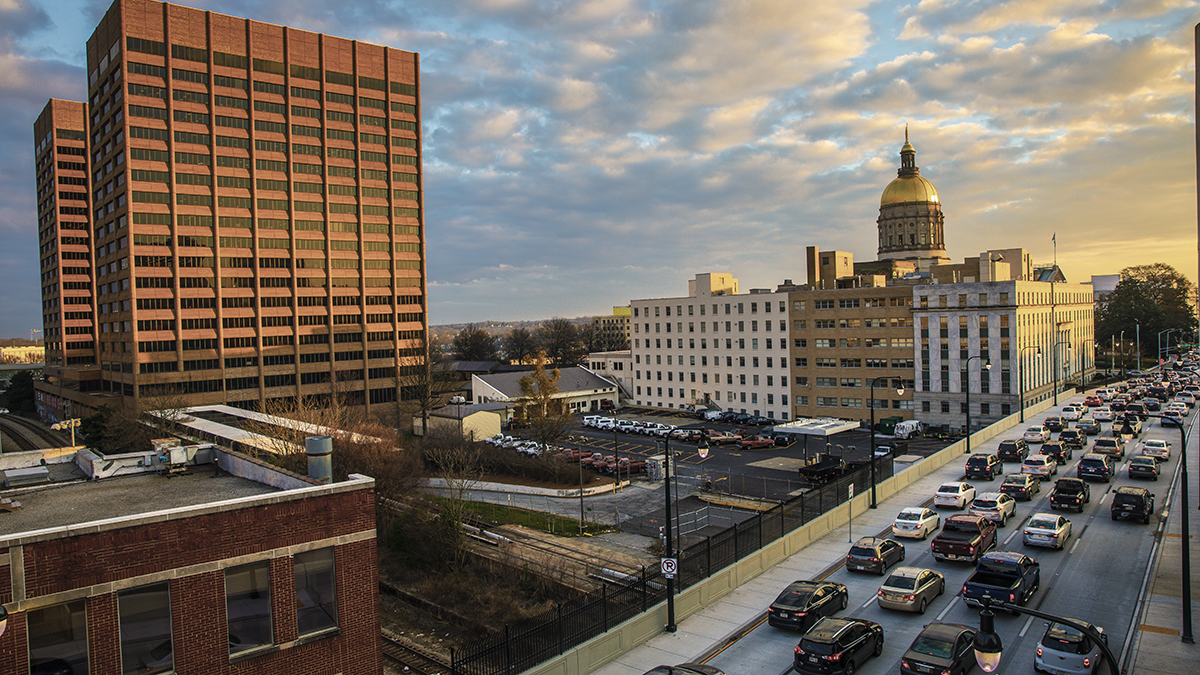 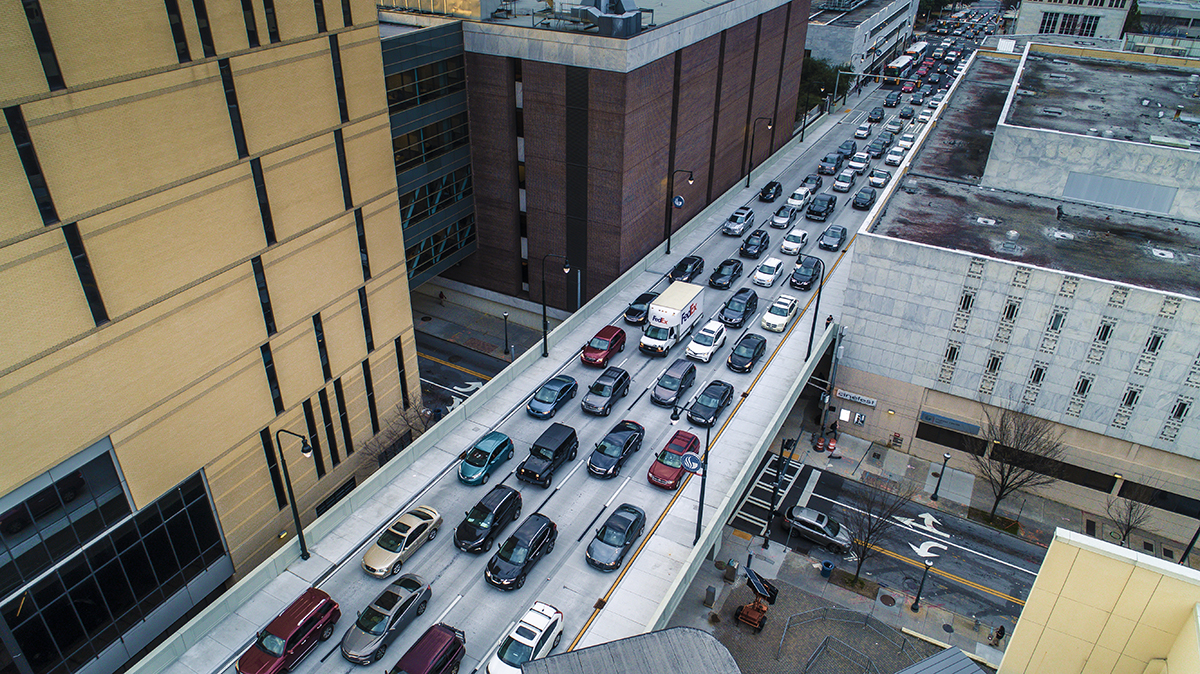