Sixteen times a day, year-round, the residents of Chesapeake, Virginia, would hold their collective breath as they idled in their vehicles, waiting for the Dominion Boulevard drawbridge over the Elizabeth River to rise and allow river traffic below to proceed. Sixteen times a day, those residents had to tolerate complete gridlock caused by a drawbridge that carried more than 33,000 motorists along U.S. Route 17 and over the inland waterway, which bisects the city.

Starting in 2004, the city began to develop plans to reconfigure the bridge and boulevard to solve the traffic problem. In January 2013, construction began on what would become a four-year project that included the replacement of the drawbridge with a fixed, elevated span rising 95 feet that would allow for free-moving river traffic at all times while also creating an uninterrupted connection across river.

This ambitious, complex, $345 million initiative ultimately became the largest locally administered project in the history of Virginia. Michael Baker played a key role in the initiative, providing construction engineering and inspection services, as well as an innovative public awareness program.

Today, the Dominion Boulevard Veterans Bridge soars over the river, carrying traffic with nary a sign of bottleneck. Emergency vehicles don’t find their routes clogged by traffic jams, and the evacuation route remains clear.

Had replacement of the two-lane drawbridge with a four-lane permanent span been the only objective, the project would have been challenging enough. Yet much more was involved, including the widening of Dominion Boulevard; repair or replacement of connecting highways, ramps and bridges and development of a bike path/pedestrian walkway on the southbound span. In all, the Dominion Boulevard project featured construction of nine bridges and associated roadways, an undertaking so complex it required several phases.

The unusual design of the Veterans Bridge presented a major construction challenge. Called a “spliced-bulb T” design, this approach allows for precast concrete sections to be spliced together in three-span groupings. Michael Baker also deployed as many as six inspectors at a time during construction of the bridge, which was completed in December 2016. 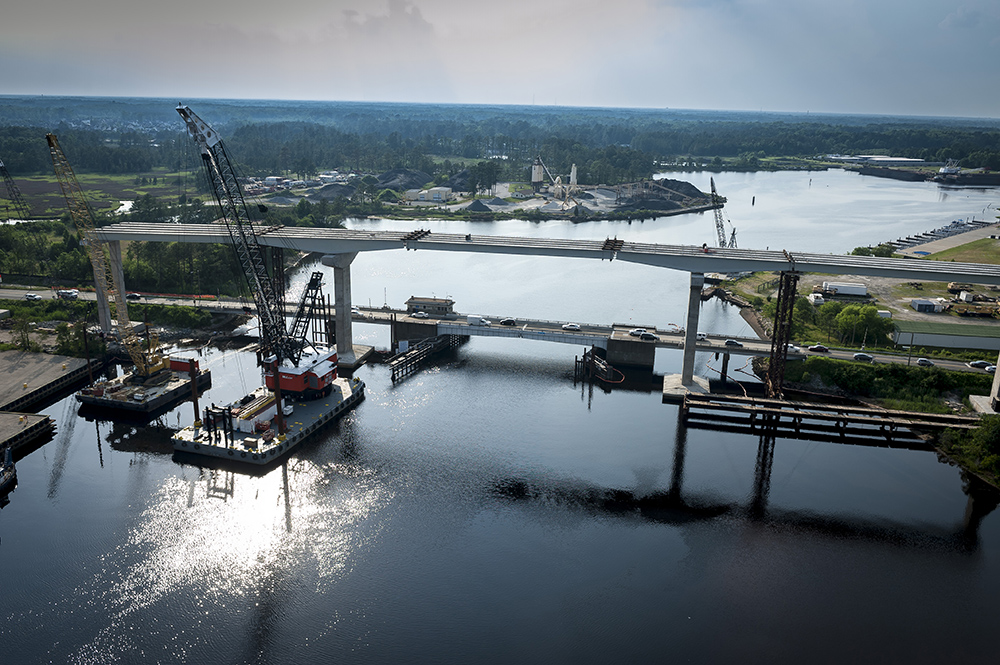 “Safety is our priority for not only residents and commuters, but also for each and every worker on-site during construction. In the end, our team and contractors logged roughly 991,000 man-hours on the project with no worker injuries and the bridge and boulevard now provide much safer access to the city when help is needed.” 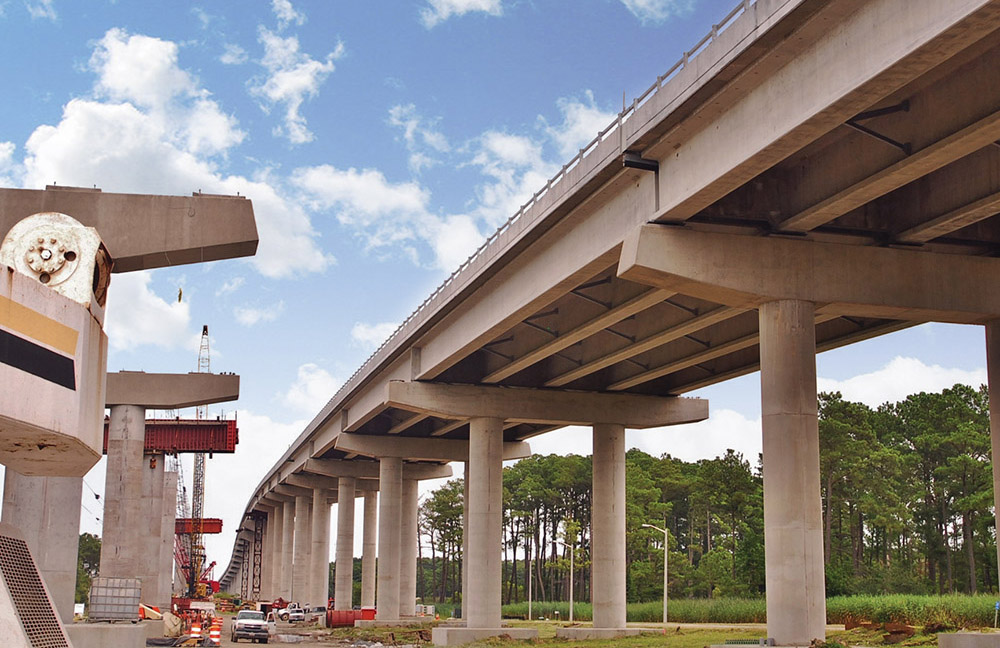 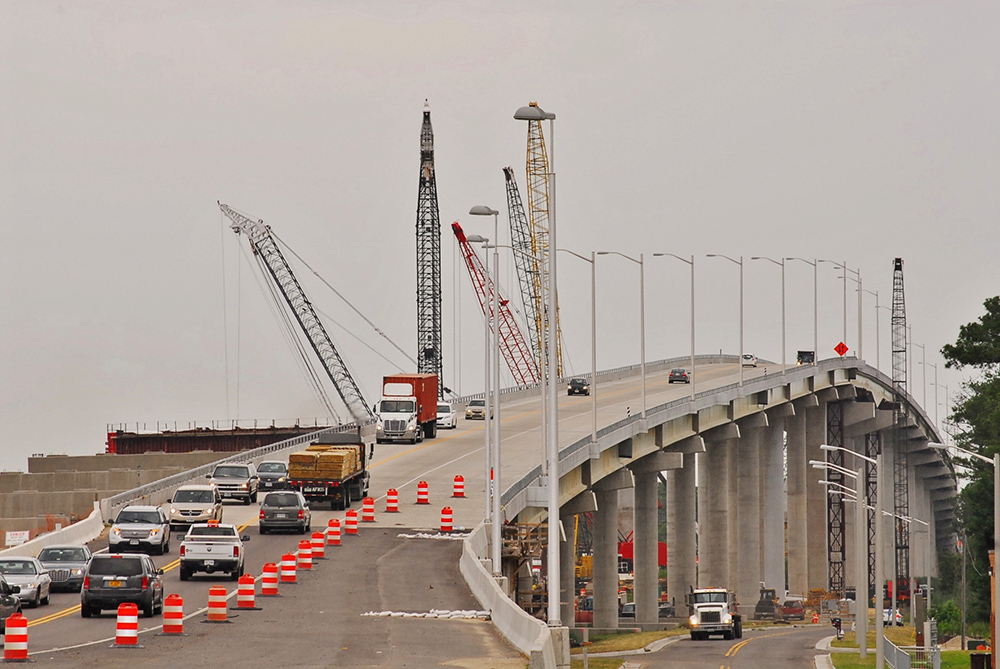