Originally constructed in 1932, the historic Fulton Road Bridge overlooks Cleveland’s Metroparks Zoo and spans two railroad tracks and several maintenance roads and foot paths. The structure was in dire need of replacement after being exposed to severe climate and harsh deicing chemicals over the years.

With its unique location inside the Cleveland Metroparks Zoo, which is attended by more than a million visitors annually, the bridge had long been a highly visible structure and an important symbol to the community. It was also one of the few of its type and era still in use in Ohio. Because of the extensive deterioration of the structure, rehabilitation was not a practical solution. In recognition of the public’s strong sentiment and attachment to the original arch bridge, it was also decided that the new bridge be “arch-like” in appearance. Additionally, to limit the impact to the zoo and Brookside Park, and to minimize right-of-way acquisition, it was deemed important to maintain piers at their existing locations.

Michael Baker provided preliminary and final design engineering services for the replacement of the concrete arch bridge. During Phase I, the design team followed a context-sensitive design process to evaluate several conceptual and preliminary bridge replacement types. After soliciting and incorporating public input, a precast, post-tensioned concrete arch bridge design was selected. All final design, plans, specifications and cost estimates were completed in Phase II of the project.

The 1,568-foot-long replacement structure includes six 210-foot-long concrete deck arch spans. Each span consists of four parallel precast concrete deck arch ribs, which were fabricated in approximately 60-foot-long, 70-ton pieces and installed in a top-down construction approach to minimize impacts to the railroads and the zoo below. The use of post-tensioning in the precast arch ribs also enhances the long-term durability and sustainability of the structure. 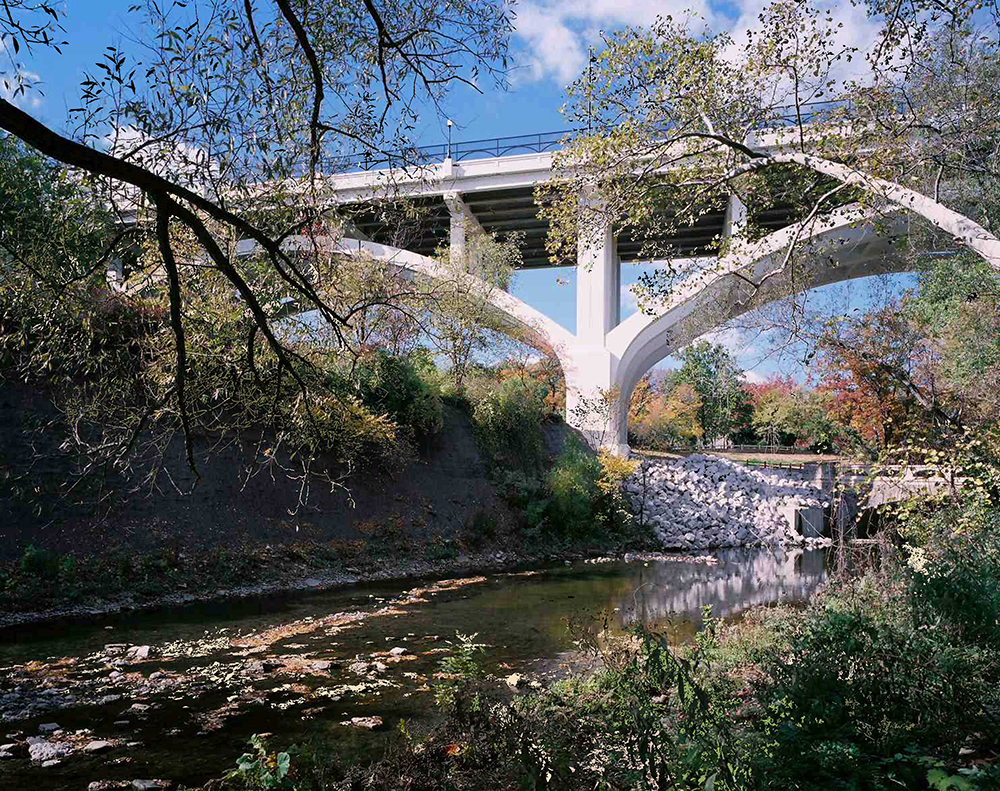 “As a key connection across the Big Creek Valley, the new Fulton Road Bridge respects the unique aesthetic character and cultural significance of the original structure while also being more durable and requiring less maintenance.” 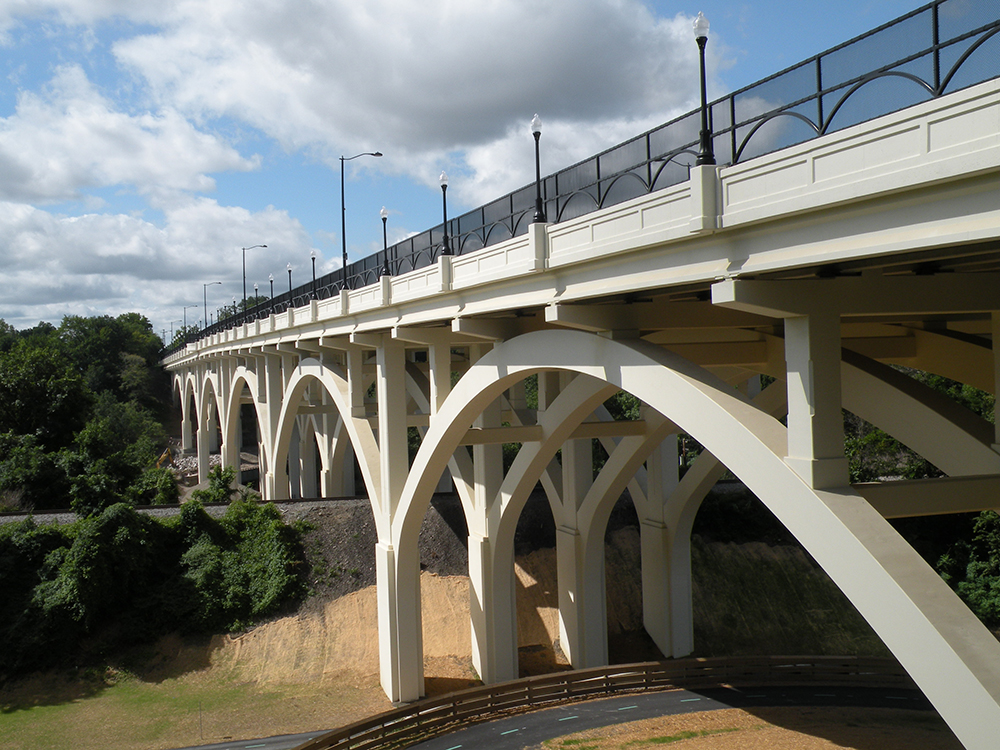 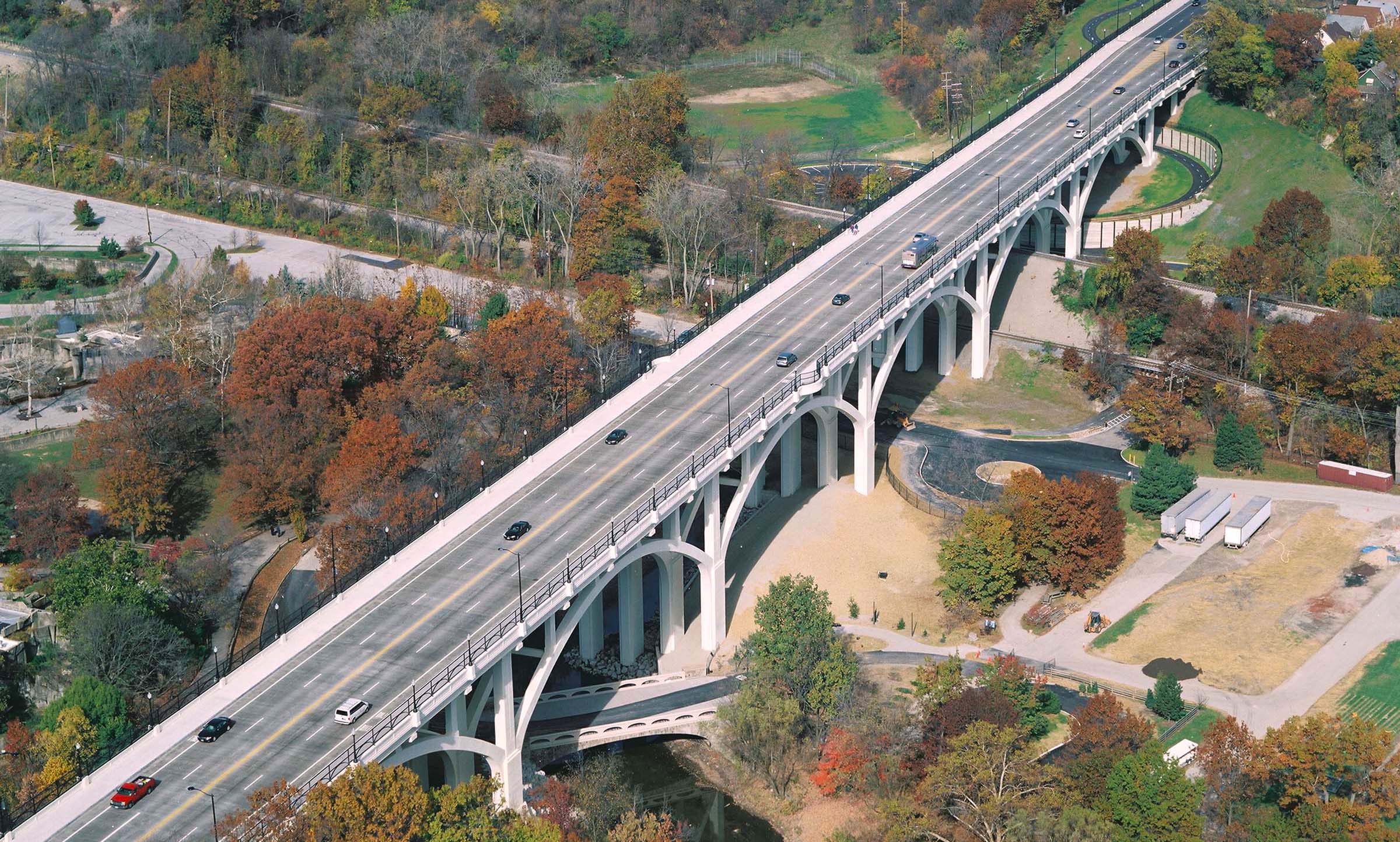