The Hernando de Soto Bridge is a steel-tied arch structure that carries Interstate 40 (I-40) across the Mississippi River between Arkansas and Tennessee. As one of only two crossings of the Mississippi River in the Memphis area, the bridge is a vital transportation, commerce, and defense link, carrying approximately 60,000 vehicles daily.

On May 11, 2021, when inspectors from Michael Baker International were conducting a routine inspection of the upper portions of the Hernando de Soto Bridge they noticed a fracture in a different area of the bridge below deck (areas of the bridge below the deck are the responsibility of Arkansas Department of Transportation (ARDOT) and fell outside of Michael Baker’s scope of work). With safety as the top priority, the Michael Baker inspectors sprang into immediate action, contacting local authorities to shut down all traffic across and under the bridge.

The partial fracture of the tie girder, the main tension element in the tied-arch bridge, left the structure in a very precarious state. Following the initial discovery of the fracture, the extent of the damage was unknown. The Michael Baker team used unmanned aerial systems (UAS) to confirm the extent of the fracture, which included the complete loss of one of the two web plates, one of the two flanges and partial fracture of the second flange, and rapidly scanned the rest of the structure. No additional damage was observed by the team allowing Michael Baker engineers to move swiftly into design of the repairs and retrofit.

A three-phase plan was devised for the Hernando de Soto Emergency Bridge Repairs project. Phase 1 consisted of the design and installation of temporary stabilization plating and was completed within 14 days of the closure (May 25, 2021). Phase 2 used post tensioning to reduce the stresses in the tie and fully bolt repairs over the fracture and 150 feet of the tie girder. Phase 2 was completed 53 days after the closure (July 3, 2021). The third and final phase addressed additional defects noted in the tie during inspection and was completed on July 31, 2021. The same day, all I-40 eastbound lanes opened and on August 2, 2021 all westbound lanes opened.

Both the Arkansas Department of Transportation (ARDOT) and Tennessee Department of Transportation (TDOT) share responsibility for the bridge: ARDOT handles inspections and TDOT handles repairs. Michael Baker International provided inspection services for the portions of the bridge above-deck, including the arch ribs and hangers, for ARDOT, and served as the Engineer of Record for the repairs for TDOT. 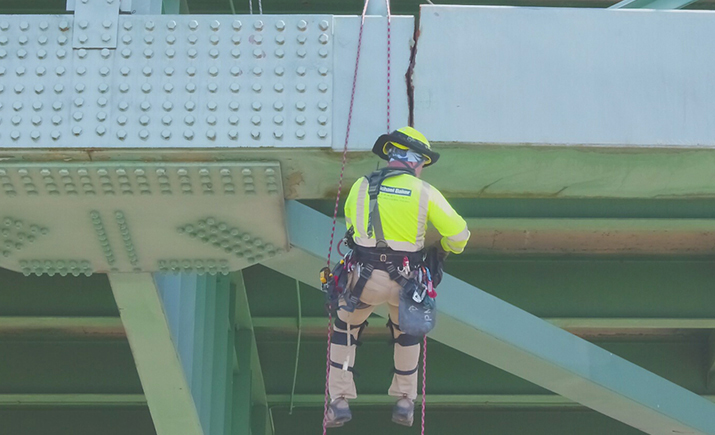 "Our employees, and those of the partner agencies and firms involved, each brought valuable expertise and a commitment to work together collaboratively under the most challenging of circumstances to safely and efficiently repair the fracture." 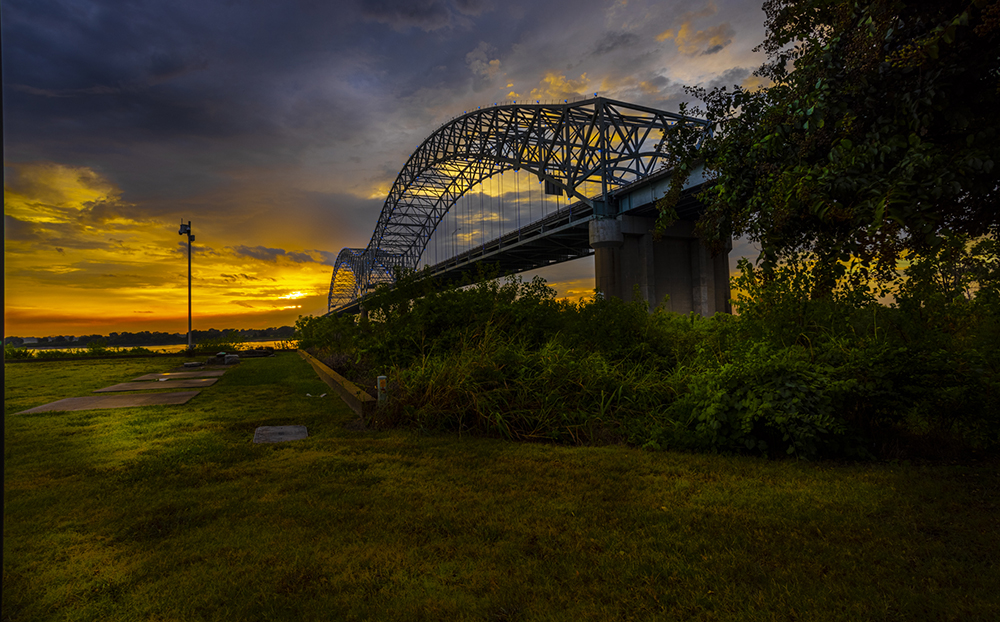 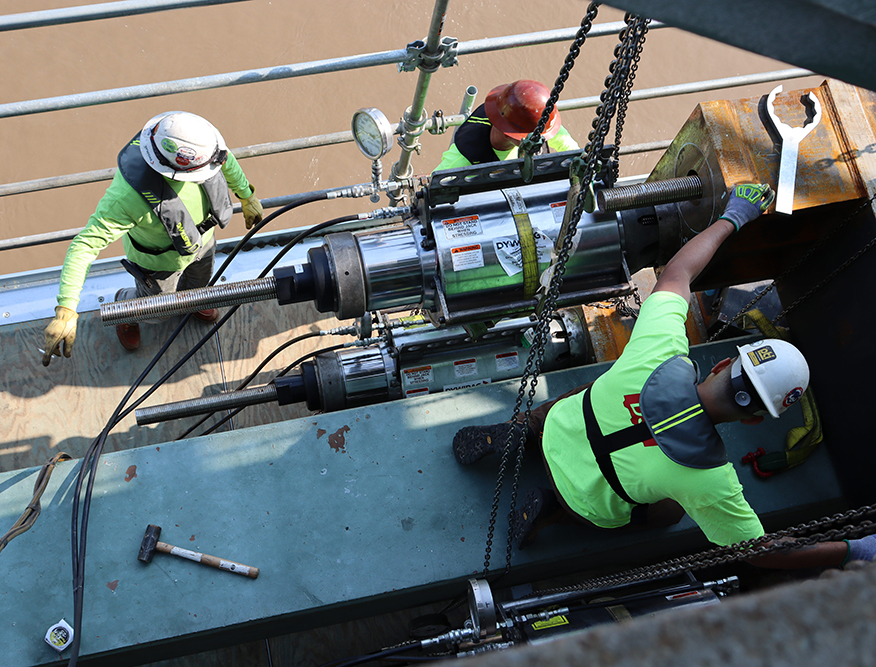