The $1.7 billion I-15 Corridor Expansion (CORE) project starts south of Salt Lake City and extends throughout the Provo/Orem region in Utah County, a major north-south commuter route in a region that experts predict will grow exponentially in the next 20 years.

Michael Baker was a member of the design team for Provo River Constructors (PRC) to design and construct the project, which called for the reconstruction of 24 miles of freeway from Lehi to Spanish Fork and included more than 60 bridges and 10 interchanges.

Beyond bridges and interchanges, the I-15 CORE project team repaved and widened large segments of the I-15 corridor between Lehi and Spanish Fork and extended the Express Lane from University Parkway in Orem to Spanish Fork. To date, PRC has placed nearly one million square yards of 40-year concrete pavement and shifted more than 136 lane-miles onto new concrete pavement representing approximately 19 miles of the 24-mile project.

One of the most significant achievements of the I-15 CORE project was the innovative methods employed to keep traffic moving throughout construction. Work activities were scheduled around the clock to meet the aggressive schedule, but the majority of lane and exit closures – more than 90 percent – were scheduled during overnight hours to reduce traffic delays. Innovative traffic patterns, including lane shifts and splits, were used to keep as many lanes open as possible while maintaining safety for construction workers and allowing work to continue.

Another innovation that the team employed was the use of accelerated bridge construction (ABC) techniques. One of the most visible ABC bridge moves was the 354-foot, two-span steel girder Sam White Bridge over I-15 in American Fork, designed by Michael Baker. The bridge was built in a staging area about 500 feet from the original structure and then moved into place in about five hours during the night using self-propelled modular transporters (SPMTs). It is the longest two-span bridge ever moved in the Western Hemisphere. 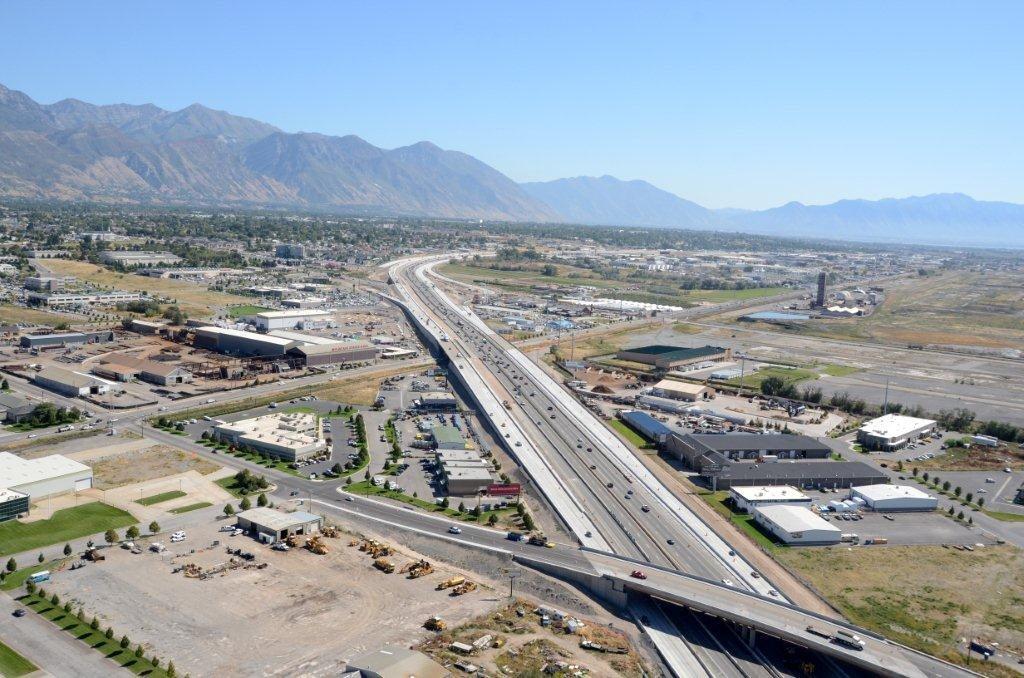 “This project was constructed and finished two years ahead of UDOT’s original schedule, in an unprecedented 35 months, making I-15 CORE the fastest billion-dollar public highway project built in the United States and one of the largest design-build transportation projects in U.S. history.” 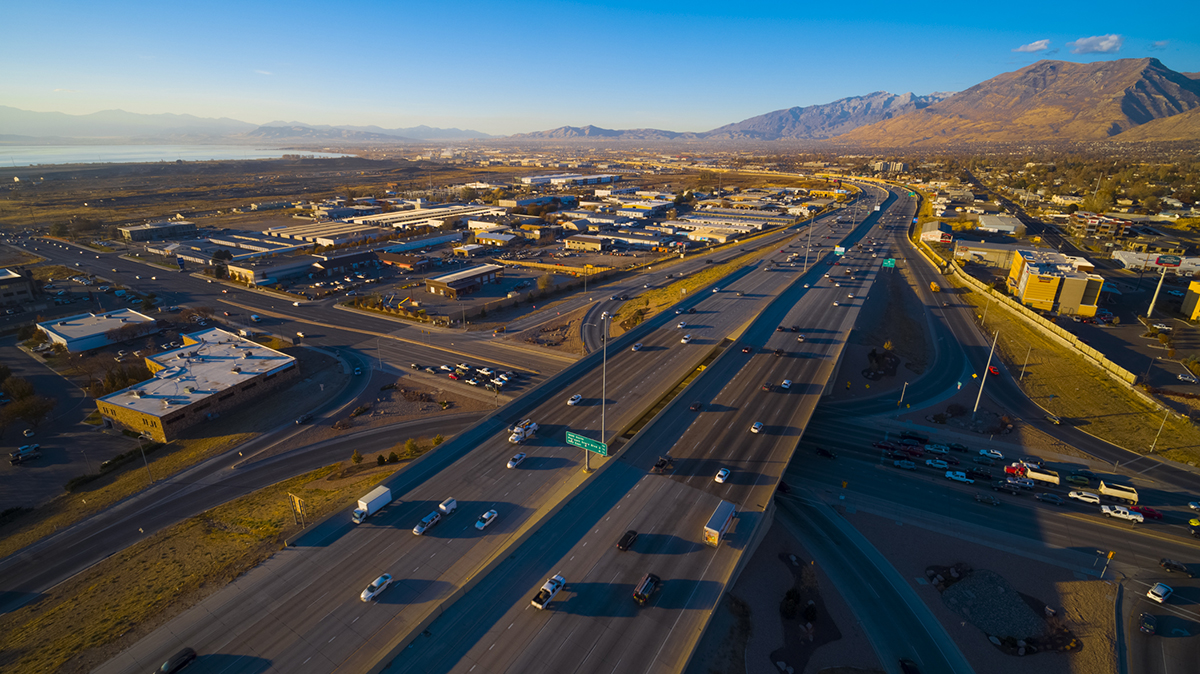 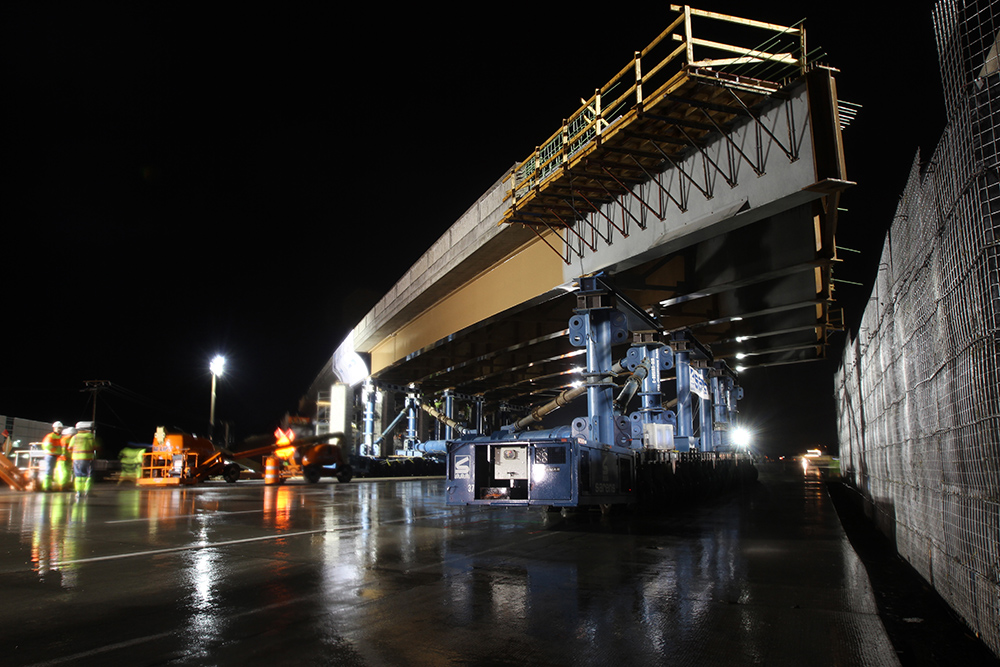