The Michael Baker team rolled out a full-fledged Accelerated Bridge Construction (ABC) design to replace the 4500 South Bridge over I-215, a busy interstate highway that carries an estimated 70,000 vehicles daily.

The replacement superstructure was built less than 200 yards away on temporary supports. The new superstructure was moved into place with a machine called a self-propelled modular transporter (SPMT), a platform vehicle with a large array of wheels and a grid of hydraulically connected axles.

The removal and replacement process limited lane closure impacts to I-215 to only 53 hours while all-lane access for traffic across the bridge itself resumed after only 10 days. Had the bridge been replaced conventionally, the traveling public would have faced a projected eight months of traffic restrictions on the bridge as well as neck-down delays on I-215.

The Construction Manager / General Contractor (CM/GC) project delivery model was used on this project, which allowed the contractor and designer to work collaboratively during the early planning stage to seek improved constructability solutions, thereby expediting the successful delivery of this project. 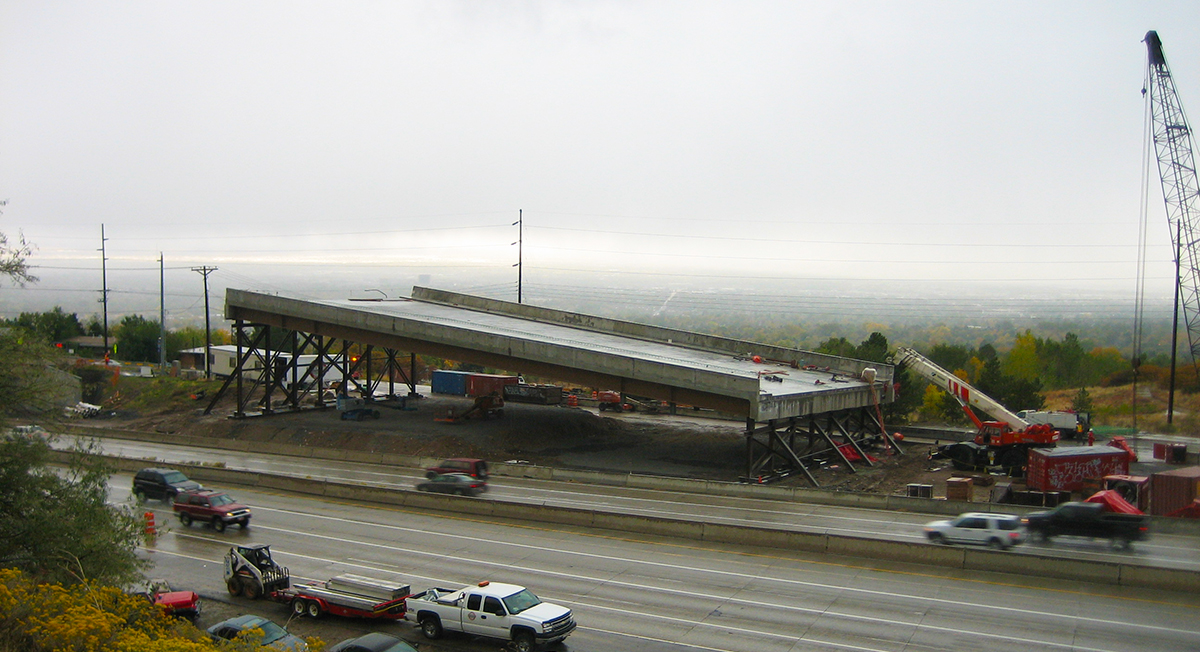 “Moving a new bridge into place over a weekend truly takes into consideration the ultimate client: the traveling public. By applying the latest in engineering technology to highway construction, the team was able to reduce the months of lane closures, night closures and traffic jams to just one weekend – minimizing traffic impacts to residents, commuters and businesses.” 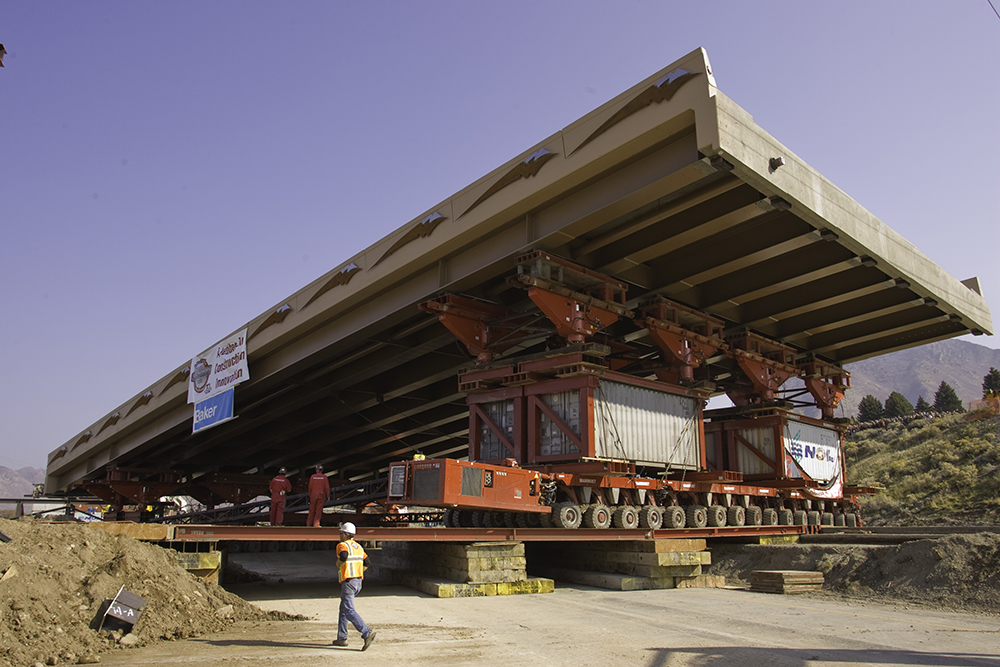