Michael Baker International served as a key project team member on an Orange County Public Works compensatory mitigation project, which involved the rehabilitation of a riparian corridor along Arroyo Trabuco Creek within O’Neill Regional Park in southern Orange County. Michael Baker implemented the off-site mitigation components of the Habitat Mitigation and Monitoring Plans for the Avenida La Pata Avenue and Camino Del Rio Extension Projects, which resulted in the need to re-establish and enhance 15.97 acres of non-wetland riparian habitat. The re-establishment and enhancement sites are sited in an overall management area of 100.5 acres of California Department of Fish and Wildlife associated riparian vegetation.

Prior to the project, a lack of biodiversity was evident due to the presence of Arundo donax (A. donax), an invasive species dominating the creek. As a result, a monoculture of mule fat, Western sycamore, and coast live oak was occurring. In one area, the A. donax grew over 15-20 feet before bending over due to its weight. Once this happened, new sprouts entangled themselves in the existing shoots, thereby forming a thick wall of vegetation. This resulted in an alteration of the channel morphology, displacement of riparian habitat, reduction in food supply and corridor capabilities for local wildlife, and an increase in bank erosion caused by hydrologic diversions.

Because the mitigation site is within an existing creek system with large stands of mature habitat, the team predicted immediate habitat improvement and increasing biodiversity and topographic complexity with the complete removal of A. donax rhizomes. Each removal area was unique and required Michael Baker to design planting strategies in the field based on the conditions found in each location. Species were chosen for each area based on trait diversity, as well as a means for introducing multiple vegetation layers for a complex habitat. Vertical biotic structure complexity contributes to gradients in light and temperature that result in diversity of amphibians, birds, and macroinvertebrates in the habitat.

By year four of the monitoring program, there was less than one percent ground cover by A. donax in the reestablishment and enhancement areas. The reestablishment of both streambed and habitat have developed well—exceeding the original tasrget of 15.97 acres—in particular from erosion incurred during the rain events the prior year. Following the establishment trends, and with the introduction of high-intensity flows, the natural, physical river processes have been restored to the project span within the creek.

“The Michael Baker team completed this complex restoration project on schedule and on budget, due in large part to the collaborative efforts with the client, contractor, and local restoration community.” 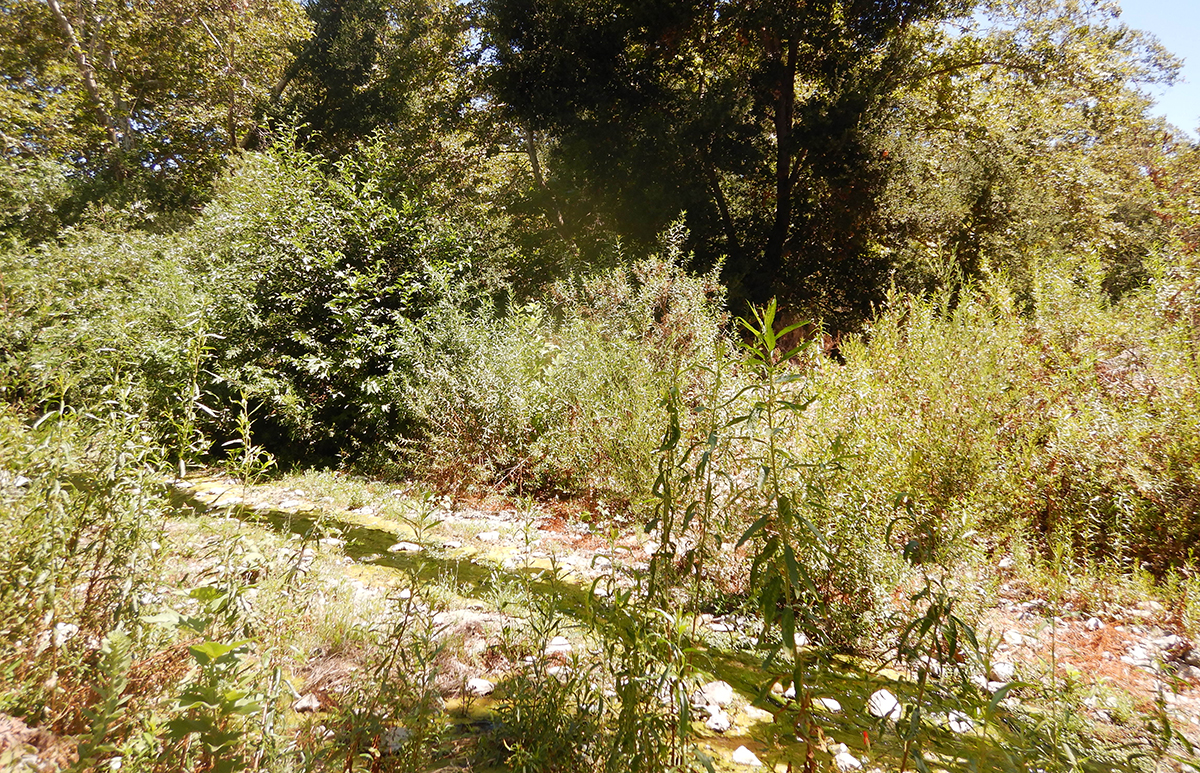