In 2004, the City of Cleveland adopted a comprehensive update of its Lakefront Plan. The Ohio Department of Transportation (ODOT) initiated engineering and environmental studies to deliver the transportation element of the Lakefront West project. One of the goals of the project was to enhance neighborhood connectivity with the Lake Erie Waterfront across Norfolk Southern’s (NS) Chicago Line and the West Shoreway.

Michael Baker, in partnership with ODOT and the City of Cleveland developed a plan to convert the existing Cleveland Memorial Shoreway from a six-lane, limited-access highway to a six-lane, low-speed, pedestrian-friendly facility. As part of this conversion, we studied eight access points to introduce new or modified at-grade intersections that will connect the neighborhoods to the new facility and Lake Erie. The $80 million project was built in three phases.

Phase One of the project included the addition of ADA-compliant walkways to two pedestrian tunnels – Lake Avenue and West 76th Street.

Phase Two focused on rehabilitating the community’s lakefront and creating multimodal connections along the West Shoreway. This was achieved with the grade separation and extension of West 73rd Street under the Norfolk Southern railroad tracks to connect to Edgewater Park and provide access from the neighborhood to Lake Erie. Along with a new bridge to carry trains and a new roadway to carry vehicles, the project also included new bike and pedestrian facilities, lighting and landscaping. Phase Two began with the relocation an 84-inch interceptor sewer and nearly a dozen fiberoptic ducts, while still maintaining functionality of the system for residents. Crews then used a top-down construction technique to build a bridge over the new West 73rd Street extension.

The final phase of the project converted the mainline to a boulevard with a landscaped median and low-speed entrance and exit ramps. A new roundabout also was designed at the park entrance to facilitate safer and more efficient ingress and egress for the park. A new multi-use path was installed along the entire corridor to connect the surrounding neighborhoods to the Lakefront, including Edgewater Park.

A partnering approach was embraced by all team members and the contractor, The Great Lakes Construction Company, on the project to develop solutions that provided value to the project and stakeholders. Value was defined as time savings to minimize the impact to residents and was provided to all stakeholders by minimizing multiple utility, weather and third-party delays that, left unresolved, had the extreme potential to delay the project resulting in extending an already-long construction schedule and increasing fixed construction costs. The team’s ability to define value and leverage their individual strengths greatly contributed to the project success and to making the best decisions possible based on the needs of the project stakeholders. 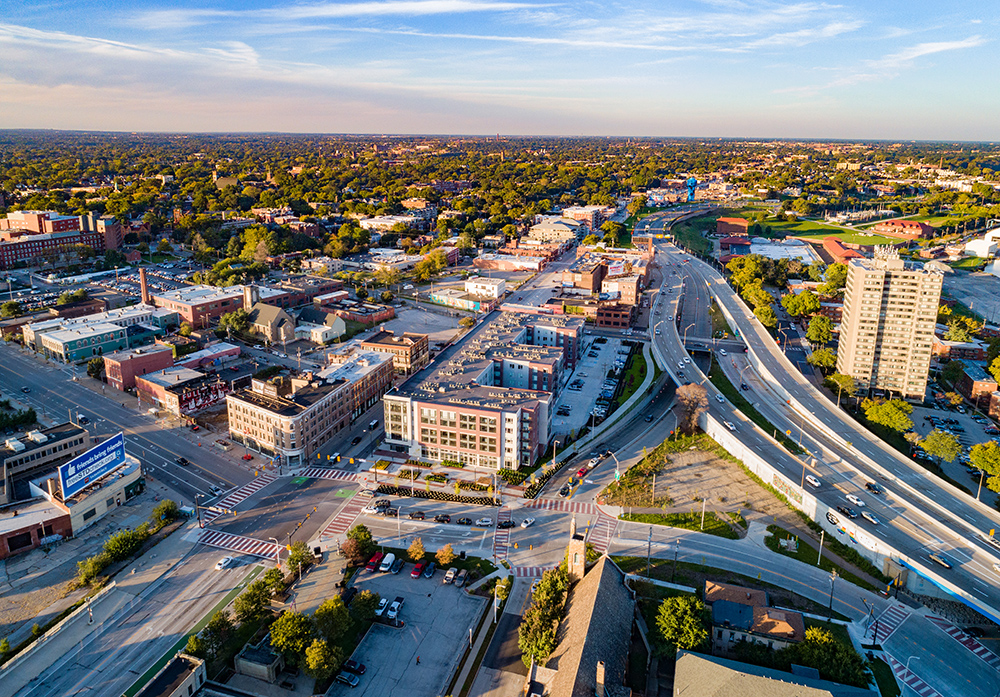 “This project provided our team a great opportunity to find unique solutions and use innovative techniques to build a system that connects and engages the community.” 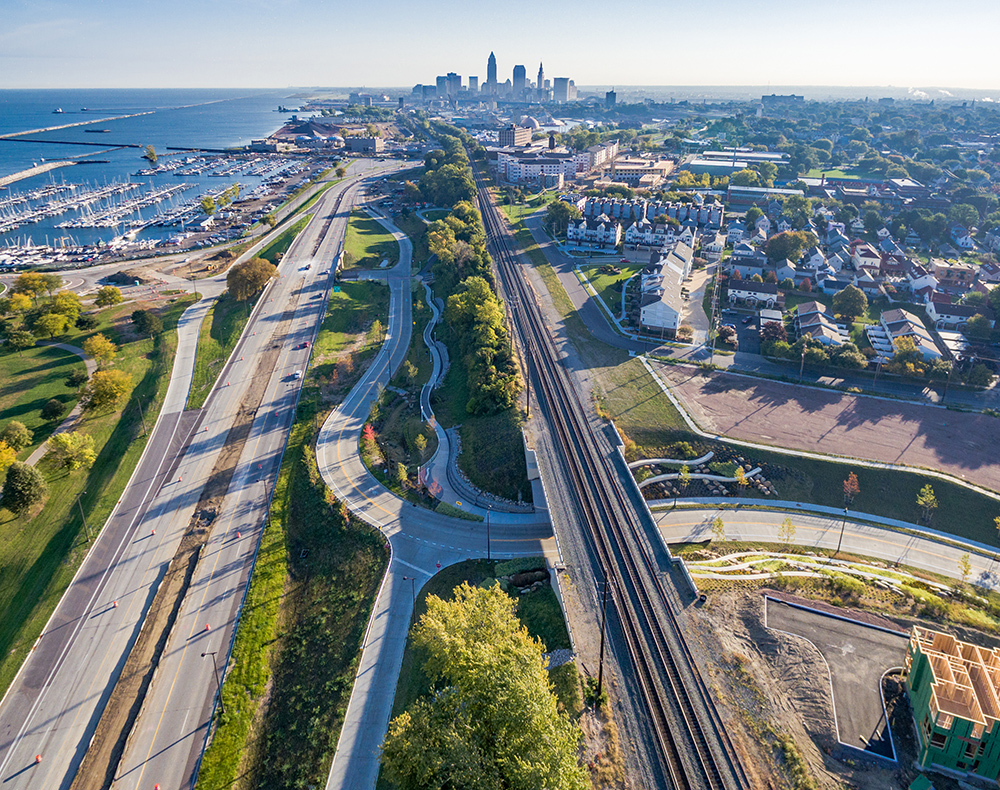 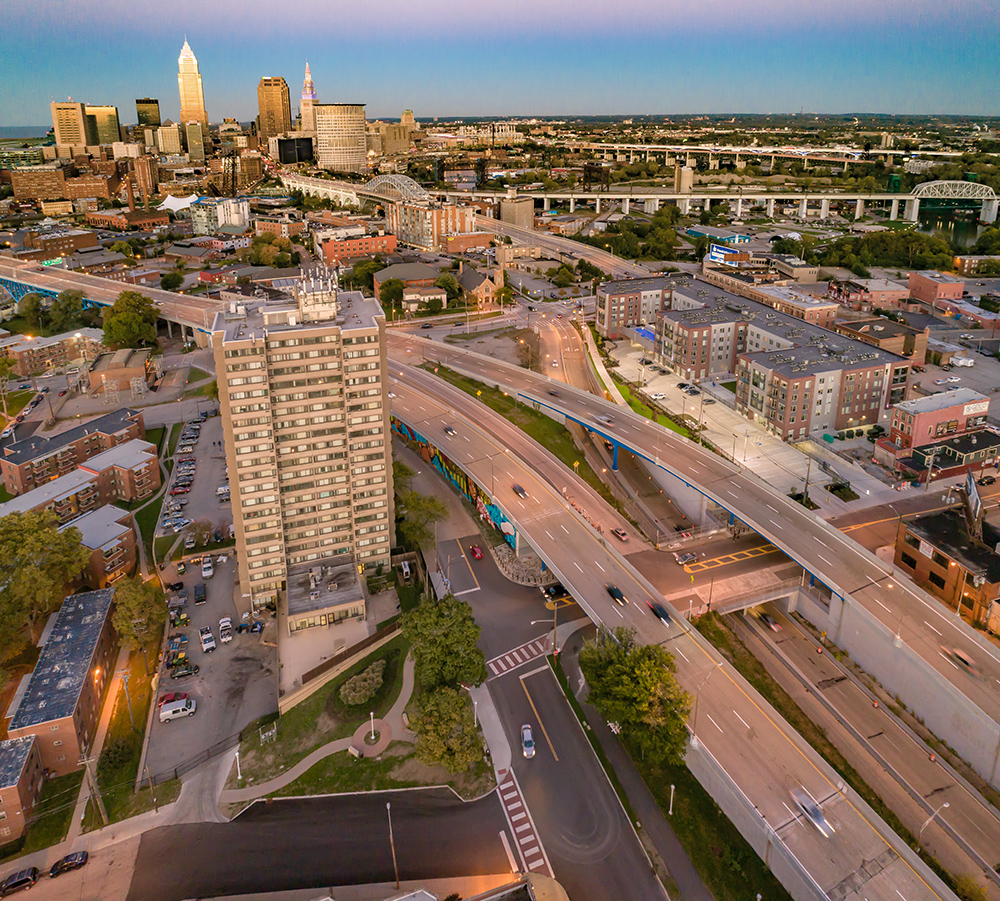