The Manor Expressway (290 Toll) Phase II design-build project upgraded and expanded a 6.2-mile segment from a four-lane divided rural highway to a 12-lane expressway in east Austin in Travis County, Texas. Over the past 25 years, demand along US 290 increased nearly 80 percent. This construction project has helped to relieve congestion, enhance safety and provide a connection between two major highways in the area, US 183 and SH 130, by effectively tripling capacity.

As part of the Central Texas Mobility Constructors (CTMC) joint venture design-build team, Michael Baker coordinated the design and construction of an innovative solution to minimize area traffic congestion while protecting the integrity of the surrounding communities and environment and stimulating local economic development.

The new six-lane expressway is a grade-separated, all-electronic/cashless toll road with three main lanes in each direction. It is located between two newly constructed three general purpose lanes in each direction, which continue to provide non-toll access to commercial and residential properties. New westbound main lanes and frontage roads were constructed in the footprint of the existing roadbed and resulted in shifting the expanded corridor to the south. The project scope of work included the design of 32 bridges, drainage systems and a ten-foot wide, six-mile shared use path for pedestrians and cyclists.

“By addressing key challenges with teamwork and innovation, we were able to deliver this project two months ahead of schedule.” 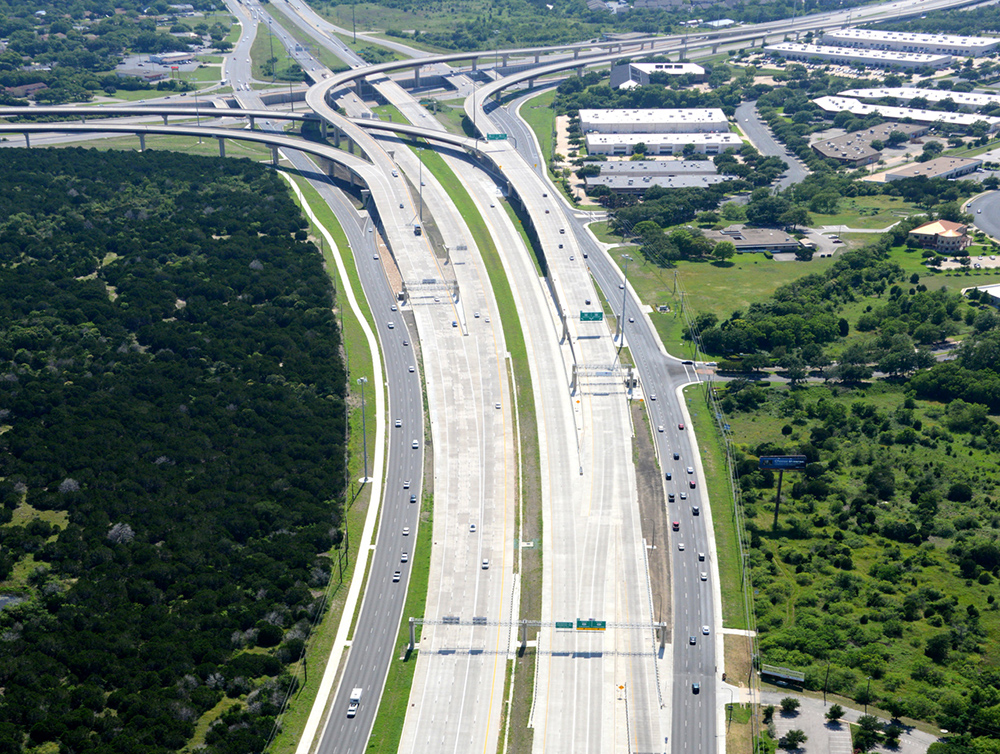