Constructed in 1929, the 3,180-foot-long, steel, seven-span cantilever through-truss bridge carried more than 10,000 vehicles per day on U.S. 421 over the Ohio River between Milton, Kentucky, and Madison, Indiana. It had two 10-foot-wide travel lanes with no shoulders, and no longer met state or national bridge standards. The narrow lane widths, inadequate sight distances, and driveway configurations to access commercial properties adjacent to the bridge approaches posed safety concerns. A 2006 fracture-critical inspection rated the condition of the bridge's main truss members and floor beams as poor.

The team also conducted a year-long investigation and alternatives analysis to rehabilitate or replace the bridge. Michael Baker explored the possibility of replacing the bridge superstructure on its existing piers and developed a sophisticated 3D model and finite-element analysis to assess the stability of the soil, bedrock, caissons and piers. This advanced analysis and modeling proved the feasibility of reuse of the existing piers. Replacing the superstructure on the existing piers, instead of constructing a new bridge on a new alignment, saved an estimated $50 million and reduced construction time by four to five years.

The bridge superstructure was replaced on the existing piers, using accelerated bridge construction techniques for lateral bridge sliding, allowing the bridge to remain open to traffic for all but 41 days during construction. Crews assembled the prefabricated steel components of a new 2,427-foot-long truss on barges along the shoreline and simultaneously strengthened and widened the piers and constructed temporary approach ramps. The construction team floated two of the preassembled spans into place alongside the existing bridge and used strand jacks to lift them onto temporary towers. After completion of the new bridge on the temporary piers, traffic was switched to the new bridge, followed by removal of the old truss. Crews then slid the new bridge from the temporary towers onto the reinforced piers. 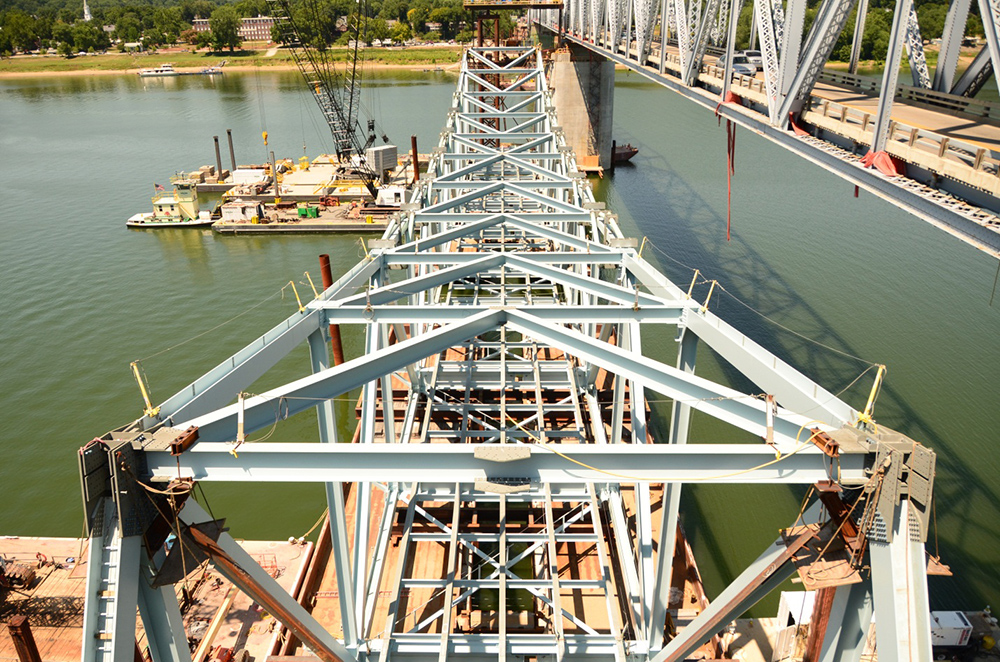 “The rehabilitation of the 83-year-old, structurally deficient Milton-Madison Bridge is an excellent example of creative and innovative engineering solutions applied to an all too common transportation challenge. The 2,427-foot-long bridge was determined to be the longest lateral bridge slide in North America.” 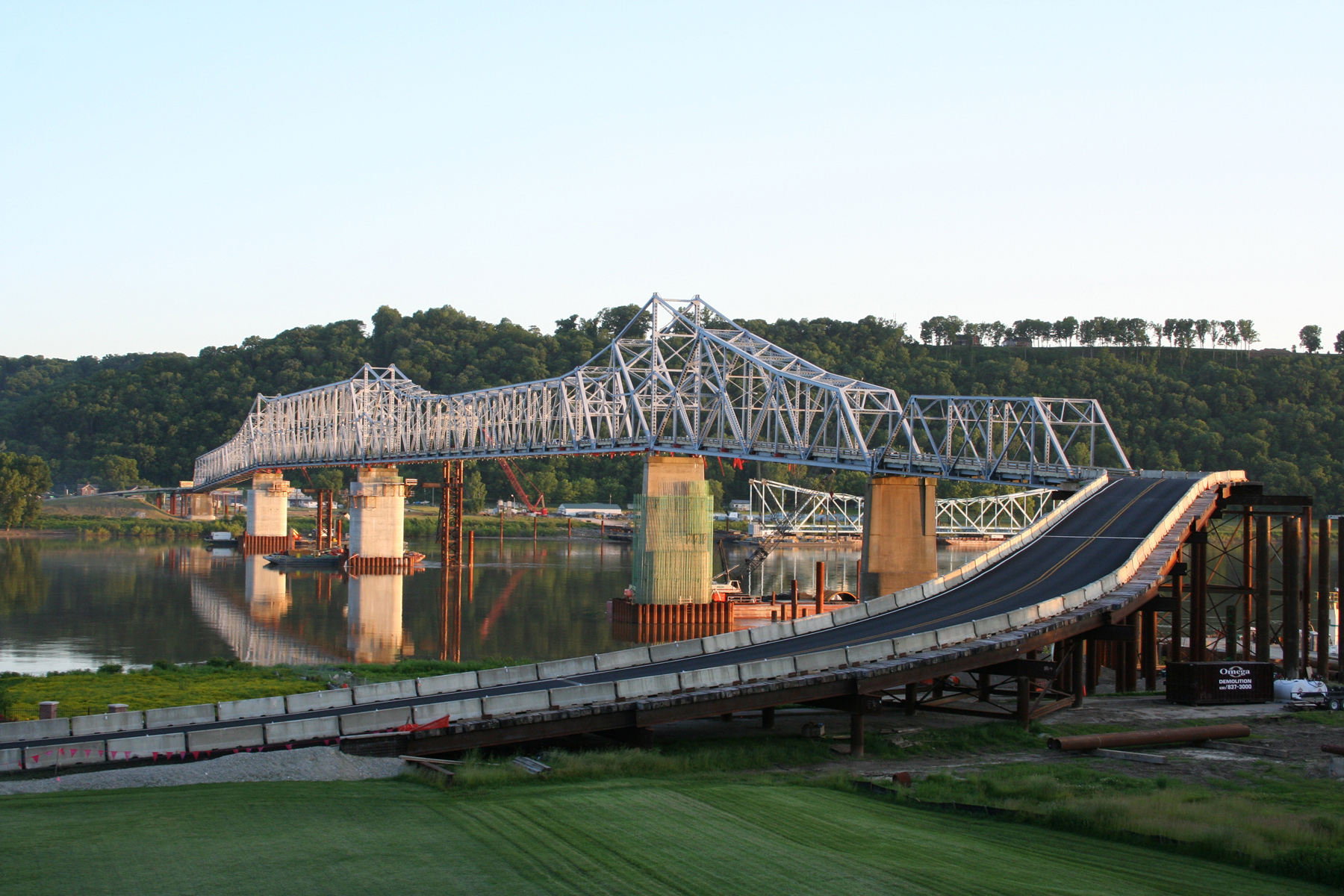