Nellis Air Force Base (AFB) – the “Home of the Fighter Pilot” – is home to the U.S. Air Force Warfare Center, the largest and most demanding advanced air combat training mission in the world. The training of United States Air Force pilots is vital to the security of America, yet it can be a dangerous, costly undertaking. In 2018, the Air Force presented Michael Baker International with an exciting yet enormously important challenge – design a $29 million state-of-the-art simulation center at Nellis AFB that would allow young pilots to learn the necessary flight skills as well as other critical abilities — such as the intricacies of providing air cover for other service branches — without leaving the ground.

Harnessing the expertise of several offices, Michael Baker designed the Virtual Warfare Operations Center Facility (VWOCF), a unique jewel in the desert that features four flight simulators, each encased in a 12-foot-high dome, that can replicate conditions for many of the aircraft in the Air Force fleet. The simulators are complemented by an auditorium for large group meetings, seven mission-briefing offices, more than 3,000 square feet of “white space” server rooms and office support space. Another distinctive component: raised floors for data cabling to be easily reconfigured for any additions or changes. To further facilitate potential expansion, the selected site includes space just south of the VWOCF for an entire new building.

The location of the VWOCF — on an active military base in a desert climate — meant the facility’s design would need to address security and sustainability. To meet security concerns, Michael Baker designed, in effect, a secure envelope to protect the entire building. That envelope includes an intrusion-detection system, security cameras and 24/7 access control. On the sustainability front, the team tapped innovative insulated concrete form (ICF) technology for outer walls. Although ICF walls are not commonly used for cast-in-place architecture in the United States, ICF technology has many benefits.

For Michael Baker, completion of the VWOCF in 2020, on time and within budget, validated a multi-office approach that brings the entire range of the company’s expertise and experience to clients. Completion of the VWOCF also represents the accomplishment of a critical mission – pilot training has become safer and more comprehensive, a key advance in the country’s defense capability.

“Pilots take a lot of risks in missions and in training. Simulators are a safer way for pilots to train. They also provide the capability to train with others without having to expend fuel or time on aircraft maintenance.” 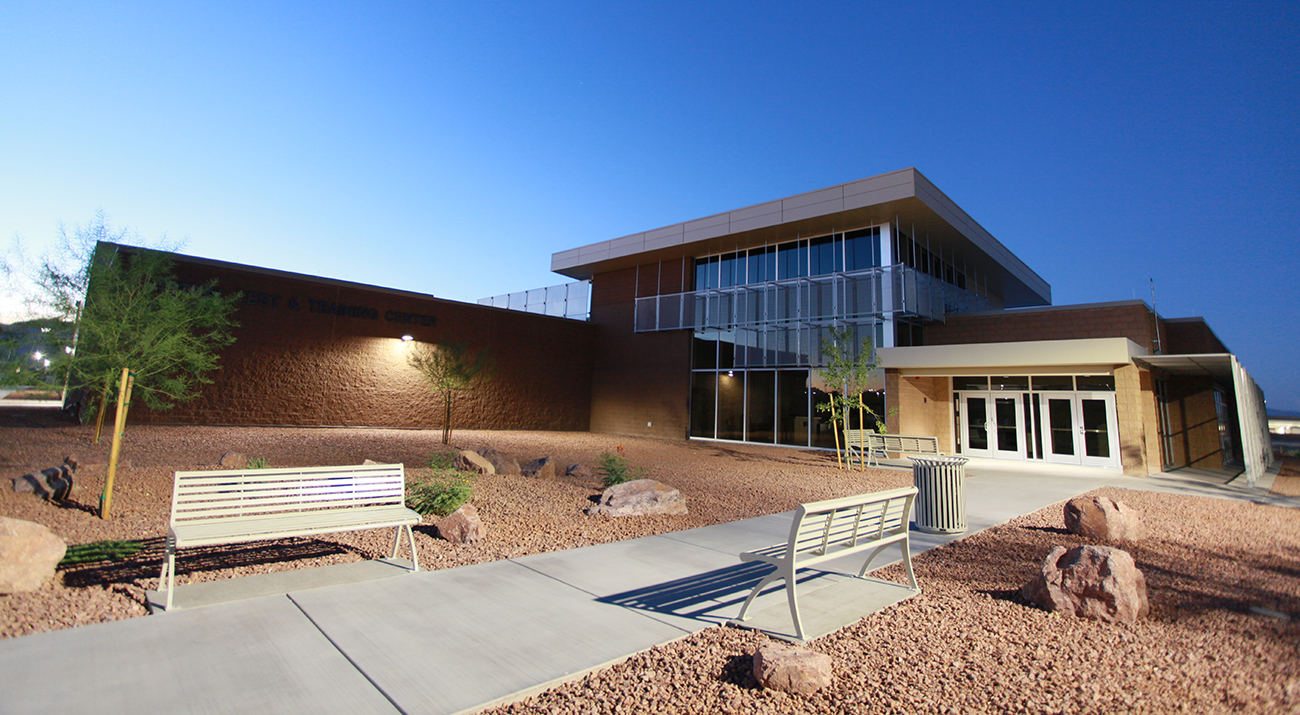