The Northeast Ohio Regional Airport (HZY) stands today as a renewed, refurbished, fully compliant and revitalized jewel, providing enormous economic benefits to the region. As the lead designer/construction manager for the project, Michael Baker played a key role in achieving this dynamic transformation, which helped to convince the Federal Aviation Administration (FAA) to forestall a downgrading of the facility.

The team developed an ambitious plan to extend and improve the runway to handle jet traffic, managed construction interruptions and inconveniences affecting nearby residents and worked through challenging right-of-way issues. All of this was accomplished while still respecting and preserving wetlands on airport property and minimizing community impacts.

We designed an entirely new runway, fully reconstructed from the ground up, measuring 5,900 feet by 100 feet, fully compliant with FAA and ODOT standards that also is C-II jet-capable – a status that the Northeast Ohio Regional Airport had never previously enjoyed. An extension of the parallel taxiway also was designed and installed. In addition, we designed a new terminal building providing an aviation “front door” to the facility, creating a suitable welcome for guests of the region.

The airport stands currently as one of 19 ARC C-II airports in the state of Ohio, and one of two in full compliance with the most recent FAA and ODOT regulations. The new airport was completed using no local tax dollars. Instead, funding came from the FAA, ODOT and a consortium of regional businesses that recognized the tremendous positive impact that the improved facility represents.

According to an independent consultant’s study, the new airport generates $5.5 million in revenue, 45 jobs and has a total asset value of $57 million to the area.

“The new runway and taxiways feature a 50 percent increase in pavement strength to maximize operational life and provide improved versatility to accommodate any future changes.” 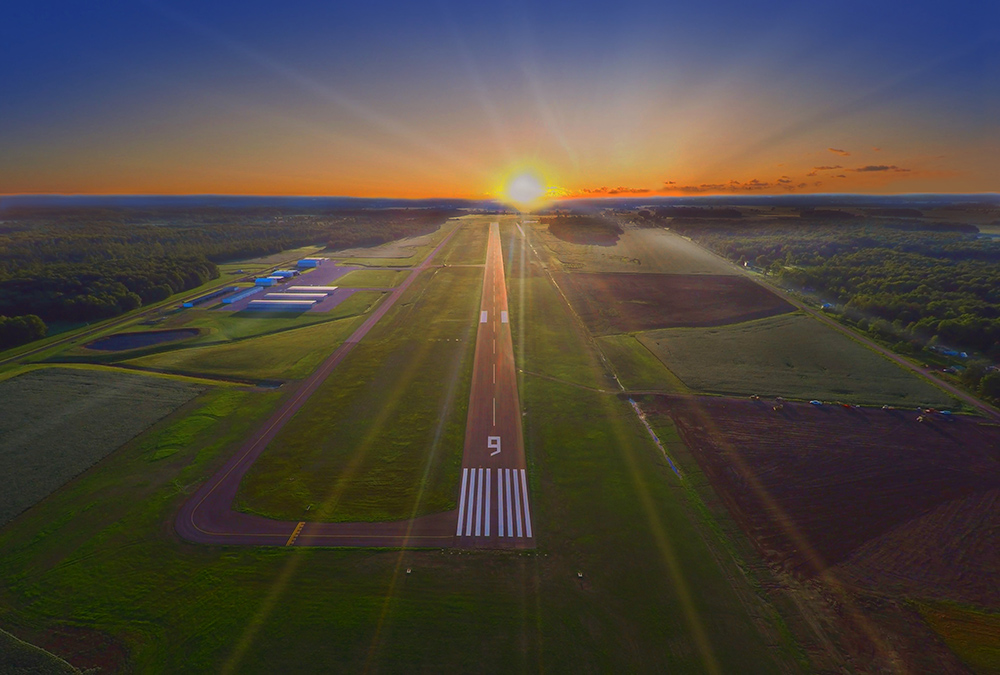