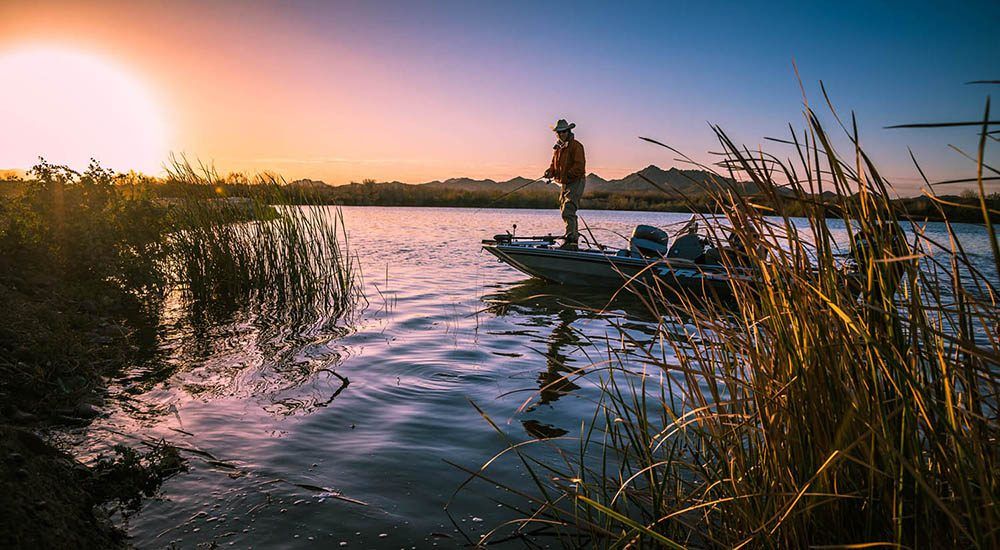 The Gila River, Arizona’s second-largest river, was slowly choking. Never mind Southwest Arizona’s arid, desert climate or even the sand-and-gravel mining companies that had prospered along the river’s meandering path around the city of Buckeye, southwest of Phoenix. This interloper had grown up along the river’s banks, spread out and kept growing, planting its roots deep in a region where it did not belong. And it contributed to the emergence of a floodplain that was dampening the prospects of new economic development and growth in the region.

The culprit? An invasive species of tree called the Tamarix, or, as locals refer to this non-native invader, the salt cedar. These fast-growing, high-salt-content trees had become a scourge to aquatic life in the Gila, as well as to the surrounding riverbanks and inland areas – so much so that the region between the river and Buckeye had evolved into a federal floodplain, causing a devaluation of property and a host of economic development obstacles.

Of course, the pockmarked collection of flooded mining pits left behind along the river when sand-and-gravel miners shuttered their operations did not help the situation either, at least not for the less-than-visionary. For some, though, those flooded and abandoned pits, filled with water from the region’s shallow groundwater table, took on the look of bodies of water with economic development potential – if the tree and floodplain issues could be resolved.

Clearly, Buckeye leaders contended, something needed to be done for the future of the city and region. What if they could find a way to elevate this river region from an area roughed up by nature and industry into something more? Something better? Something to maximize the river’s and region’s inherent beauty and economic potential?

That “something” ultimately took the form of a visionary master plan, titled “Reclaim the River; Enliven the Banks: A Vision Plan for Buckeye’s El Rio District.” Leading the entire planning process in partnership with the city was Michael Baker International.

BRINGING THE OLD RIVER BACK

Overall, the master plan lays out regional goals to return the Gila River to its natural condition by restoring riparian habitats and, in turn, leveraging those assets to enhance the local recreation and economic development potential of lands adjacent to the river.

Central to that plan, which Michael Baker then helped to refine to incorporate timing and budget issues, is a specific project to establish the El Rio District, a strategically significant 3.5-square-mile area located just south of Buckeye’s historic downtown along the banks of the Gila River. The city contracted with Michael Baker to help lead that project.

“Regionally, the salt cedar trees were restricting the flow of flood waters, which expanded the floodplain,” Matt Klyszeiko, community planning practice lead for Michael Baker’s Phoenix office, says of the overarching challenge facing the planning team. “The thinking was, if the river could be brought back to its original condition, it would not be as impeded, and the floodplain could be made smaller. Farmers as well would benefit as the floodplain went down, creating a vibrant ecosystem in the heart of an urban environment.”

Adds Adam Copeland, principal planner for the city of Buckeye and project manager on the city side for the El Rio District project: “Revegetating the river to what it was 100 years ago became an important early priority.”

The final plan, which city officials already have begun to implement, significantly reduces the damaging effects of the salt cedar trees, and it also provides guidance and a framework from which local developers are beginning to develop the areas around the flooded sand-and-gravel pits into hubs of recreation and entertainment. Consequently, the Gila is beginning to regain its historic stature as an Arizona treasure.

“Over the last 20 years, different mayors and county officials have wanted to develop a master waterway plan for 17 miles of the Gila River,” Copeland says. “So we came up with a framework and really only scratched the surface. A plan to enable recreation, restoration, trails and economic development was adopted in 2006. The mayor of Buckeye, a real leader, pushed the project forward. In fact, we were the first city in the region to come up with a program to support the master plan.”

Copeland says the El Rio District project received a unanimous vote to approve it, including 14 city and county representatives.

“They since have said they want to see more projects to mirror this one, because of the quality of work done,” he explains. “A lot of economic development progress depends on the city investing in an area, and we have that with Buckeye. Arizona's Senators, along with the governor, all support our efforts, and all agree that this project can only help with economic development.”

Michael Baker’s Klyszeiko says his team facilitated many preliminary discussions with city staff and others on needs of the area and stakeholder expectations to kick-start the project. They also partnered with a number of technical experts to address the project’s many complexities.

“A lot of specialists worked on complex issues, with Michael Baker making sure all pieces fi t together,” Klyszeiko says. “This has been a very enjoyable project. The city has been a great partner.”

Partners – many of them – played a sizable role in the Gila River project, particularly given the many technical facets of the proposed long-term transformation. The master plan fused urban design principles, a river restoration program, sand-and-gravel reclamation guidelines, local community dialogue to create a framework for change within the study area and an innovative funding mechanism that would provide a key underpinning to so much that would occur: an in-lieu fee (ILF).

Within the context of mitigating the impact of development on federally designated wetlands, developers are required to pay a special permit fee, or in-lieu fee, to a third party in lieu of conducting their own project-specific mitigation.

“The in-lieu fee created a funding mechanism to provide the necessary tools to implement key parts of the plan,” Klyszeiko says. “A key benefit for this project was when it teamed with the Arizona Fish Commission because they were able to implement the ILF. The ILF needed to follow federal guidelines because it affected the defined watershed and the ‘washes’ permissible as development progressed.”

Other innovative components of the Gila River project included:

One of the most visible and high-impact innovations, however, came with the transformation of abandoned sand-and-gravel mining pits into lakefront centers for recreation and economic development. A commitment to partnership carried the day here as well.

“As we worked with the city to look at used and dormant industrial mining sites, we urged private-property owners to contribute a long-term vision for river corridor,” Klyszeiko says of the gradual transformation. “Sand-and-gravel operations will expand; It is a successful business, and we would not want to impede that. Working with the state industry association, we agreed to a Sand-and- Gravel Mitigation Plan."

As Klyszeiko explains, those mining operations have a certain life span, and when they are finished at a site, it leaves open bodies of water behind.

“Michael Baker worked with mining operators to have these water bodies repurposed once the industrial operations have moved on,” he says. “This helps to address a legitimate concern. We do not want to avoid the elephant in the room.”

Adds Copeland, the city planner: “The question among the various players has been, how can we help each other out? The mining companies basically said that, as long as we can operate our business, we will participate in being good stewards of the environment.

“These mining pits were located in the floodplain, which meant they had limited commercial value,” Copeland continues. “The city, however, saw tremendous value in these locations as venues for community amenities.”

To date, developers have reclaimed and developed the land around at least one of the former sand-and-gravel pits. Now area residents enjoy concerts, fishing and other forms of recreation along an attractive waterfront venue.

“Participating in this way creates an economic boom for the region and for private investors, who are becoming more interested in developing these new sites,” Klyszeiko says. “It is also good for the mining companies themselves because this development potential actually increases the value of their land.”

Copeland agrees. “Everyone connected thought it was a fascinating project that touched every aspect of planning, public and private partnerships,” he says. “We have linked these new ‘lakes’ together for recreational purposes, while still permitting mining companies to conduct their business at working pits. It connects downtown Buckeye with different land-use fixtures. We still see a lot of opportunity along the riverbank.”

“Returning the Gila River to a healthy state, along with the positive development and regional participation we have seen, has brought national recognition of the benefit to Buckeye,” says Klyszeiko.

Adds Copeland: “The precedents established here have created a toolbox to be used over the next 20 to 30 years as this project continues to expand and develop.”

Copeland describes the city’s relationship with the Michael Baker team as great.

“We have known a lot of the folks there for a long time,” he explains. “Michael Baker brought a reputation that gave us a lot of comfort. They had a good team put together during the bid process that has performed very well. They have always had a great, eloquent way of working with different stakeholders. From the most technical engineering professionals to interested members of the community, people feel comfortable talking with the team at Michael Baker. As a result, some great cooperation has resulted, and some great ideas have been generated.”

“This is a planner’s dream project,” Klyszeiko says, “to work on something so forward-thinking and complex, but also realistic and attainable.”