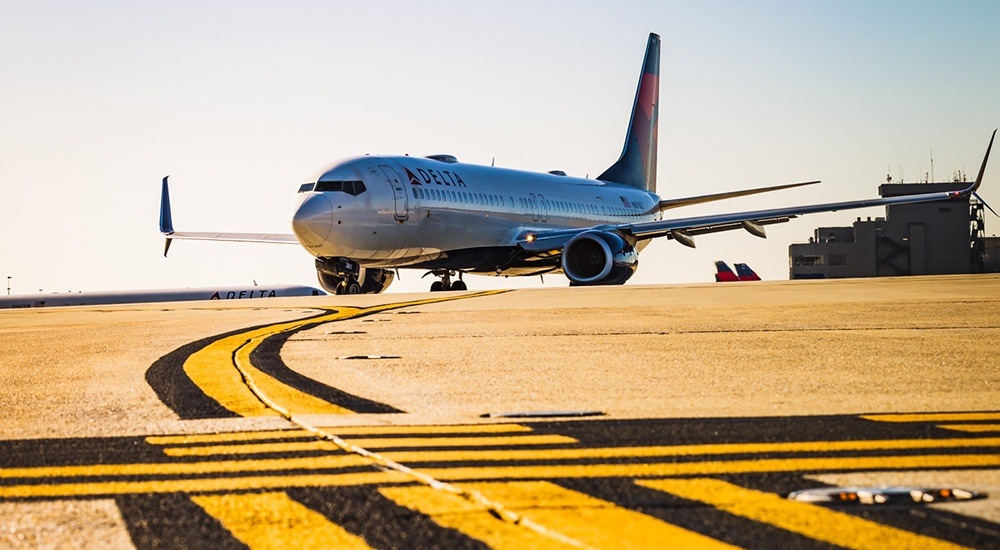 From the upcoming Spring 2020 issue of Signature

When passengers at Hartsfield-Jackson Atlanta International Airport enjoy a safe and pleasant journey, they may not appreciate that the high quality of that experience is attributable, in large measure, to a dedicated public-private partnership that keeps the airport’s infrastructure modern and safe.

The airport, known as ATL in industry shorthand, is the busiest in the world, serving more than 107 million passengers each year. Atlanta’s Department of Aviation realized many years ago that the challenge of upgrading and modernizing ATL’s runways and other facilities could be daunting. In 2003, the department began to assemble a design/construction team that could be contracted regularly for those projects. Now known as the Aviation Infrastructure Solutions (AIS) Joint Venture, the team includes Michael Baker International, Pond & Company and CERM. 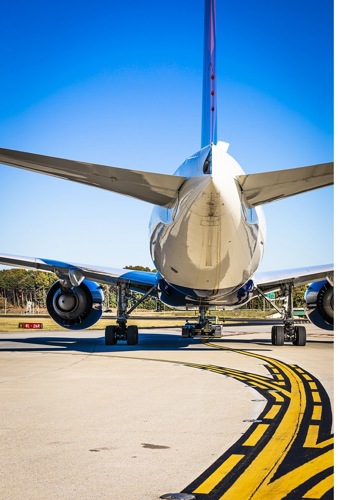 Over the years, the joint venture has completed more than 35 initiatives – valued at more than $500 million – ranging from runway repair and replacement to improvement of passenger corridors.

“We usually operate under five-year contracts,” says Quintin Watkins, P.E., Office Executive for Michael Baker in Georgia and Tennessee, “and we work on about seven projects a year.”

The length and depth of the relationship between the airport and the joint venture has produced a comfort level that is rare in such partnerships. Says Joseph Snyder, P.E., Michael Baker’s Department Manager – Aviation:

“It’s a terrific relationship. We’re like an extension of their staff at this point. They sometimes come to us with questions that don’t even pertain to the projects we’re working in.”

Norma Click, Director Airside/Landside/Cargo for ATL, calls the partnership between the airport and the joint venture “unique.”

“That’s a good way to describe it,” she says. “Michael Baker has a long history here, and they make a point of partnering. They listen, they’re responsive, they’re respectful, they have a good understanding of what the airport wants. That’s what sets them apart.”

The joint venture has helped ATL improve and expand while introducing technology that will provide for even greater growth and enhanced customer experiences in the future. Here’s a look at some of the most important and fascinating projects.

REPLACING A BUSTLING RUNWAY IN LESS THAN A MONTH

One of the team’s most complex initiatives was the 2014 replacement of Runway 8L/26R, one of five at ATL and the busiest arrival runway. The runway would need to be closed during construction – a major disruption that added considerable pressure to design and build the runway quickly.

To help accelerate the project, Michael Baker visually inspected the runway and reviewed historical design data. This helped the joint venture determine that the existing underdrain system could serve the new runway adequately, and that not all concrete panels would require replacement.

“The outside panels of the runway were still structurally adequate since the wheels of the plane don’t get out that far,” says Snyder, who managed the project. “So we replaced just the middle section, or keel, as it’s known.”

The team also employed cutting-edge technology to reduce the time necessary to gauge the strength of the new concrete panels. In the traditional approach, concrete beam samples are broken at certain timed intervals (seven, 14 and 28 days) to test concrete strength. Instead, Michael Baker dramatically shortened that process by utilizing maturity meters.

“Instead of waiting for the beams to be broken,” Snyder explains, “we monitor the meters that we’ve inserted in the slabs. Once they reach a certain temperature, we can determine the strength that correlates with that temperature. The contractor can get back on the runway faster.”

Thanks to such innovations, the joint venture was
able to 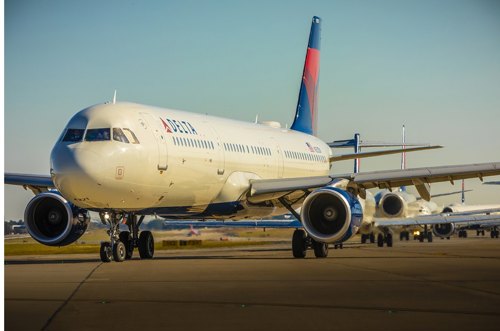 design a replacement of more than 100,000 square yards of concrete and reopen the runway in an almost unbelievable 29 days, a huge benefit for ATL, its airline passengers and other stakeholders.

“We have a history of doing projects in a short amount of time,” Click says, “and it was crucial that we complete this one quickly. We spent the entire design process working with stakeholders, including the Federal Aviation Administration and the airlines. We had all the right players at the table and a well-thought-out plan – we knew exactly what would happen down to the hour. We knew as long as we
didn’t have weather problems, we would make it.”

A PIONEERING USE OF UNMANNED AERIAL SYSTEMS

In May 2017, another major runway, 9L/27R, was the focus. Here, ATL called on the Michael Baker-Pond-CERM team to evaluate the physical state of the strip – a pavement condition assessment, as it’s called – as a blueprint for any future maintenance plans. Once again, innovative technology was the key to the project’s success.

The conventional inspection approach involves manually walking the runway, a process that can require a shutdown of more than four hours. Instead, the team deployed the technology of Unmanned Aerial Systems (UAS) – flights by drones equipped with sophisticated imaging equipment. Michael Baker is a pioneer in UAS technology, maintaining a large fleet of drones and a staff of trained, experienced pilots who are also planners and/or engineers for such tasks as bridge and roadway inspections.

Before the project could begin, the joint venture obtained FAA approval to conduct UAS operations in Class B airspace at ATL. Then, Michael Baker flew a Topcon Falcon 8 aircraft that surveyed more than 3,600 linear feet of runway in less than 20 minutes and produced high-resolution DPM topographical imagery – approximately 630 images of the strip – as well as video. The detailed imagery was analyzed by experts using sophisticated software, providing ATL with a valuable tool as it considers future maintenance options.

The flight was the first of its kind to deploy UAS on the airfield of an international airport in the U.S. during active daily operations and suggests the promise of UAS technology.

But 9L/27R also needed immediate work – specifically, replacement of portions of the runway and adjacent taxiways. Beyond installing new pavement, the team adjusted airfield lighting and signage, relocated drainage structures and lines, re-graded a portion of the parallel taxiway that dropped the elevation by four feet, and adjusted airfield striping and navigational aid structures.

The initiative was designed and executed in such an environmentally friendly manner that the Institute for Sustainable Infrastructure honored it with an Envision Silver Award, a first for ATL.

“We are focused on instituting sustainability in all construction projects,” Click says. “We met the Envision goals by using recycled materials and LED lighting as well as protecting groundwater.” 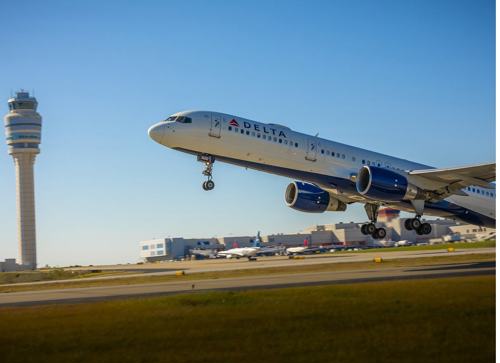 When the Maynard H. Jackson Jr. International Terminal debuted in 2012, it greatly expanded ATL’s capacity to accommodate international flights. Before the airport could reach that point, however, the joint venture had to develop creative solutions to a pair of challenges.

Because an underground, automated people-mover system transports passengers between concourses, ATL charged the team with the mission of extending the tunnel to the new terminal. The path of the new tunnel took it under a taxiway, which meant that
utility connections had to be maintained. Recalls Snyder:

“We had to come up with ways to suspend utilities in the air while the tunnel was built underneath.”

Another obstacle was even more challenging. When the new terminal was built, it was constructed within the foundation of a previously halted project, leaving a gap between the prior retaining wall and the new one that had to be addressed.

“We had to span the space with slabs of concrete pavement that are hinged on one side but not tied on the other. We called it the ‘Gap Slab,’” says Snyder.

Speaking of the international terminal, ATL asked the joint venture to provide a visual survey of the lengthy corridor passengers must traverse to reach customs check-ins. To achieve this, Michael Baker rolled out yet another technology – LiDAR.

LiDAR is an acronym for light imaging, detection and ranging (or light detection and ranging). Sometimes called laser scanning or 3D scanning, LiDAR is a surveying method that gauges distance to a target by illuminating it with pulsated laser light and measuring reflected pulses with sensors. The differences in laser return times and wavelengths are then used to fashion digital 3D representations of the target. Think of LiDAR as radar with laser beams instead of radio waves.

Through a LiDAR scan, Michael Baker presented ATL with an accurate, representational view of the corridor that the airport will use to implement improvements to augment the passenger experience.

In addition, the joint venture provided ATL with a mobile LiDAR scan of the facility’s complete network of roadway signage that guides visitors entering or leaving the airport. ATL used the data for 3D modeling, and it entered it into a database complete with industry signage codes and tied into the airport’s consolidated maintenance management system. It is a new tool that allows ATL’s signage group to generate service requests to have signs changed, repaired or updated.

ATL’s existing electrical system is massive, with more than 20,000 airfield lights, 700 guidance signs, 600 electrical manholes and three electrical vaults. But the team harnessed it all through the innovative use of mapping and generating a 3D layout of the system.

The team utilized night closures of the airfield to trace each circuit from the electrical vault to all lights or signs. “We used surveyors to capture the location of each change in direction of the circuit,” explains Snyder. The manholes, handholes, and junctions were photographed and labeled for the purpose of creating butterfly drawings in CAD.

Michael Baker employed 3D CAD Utility software to model the circuits as they left the vault and accurately depicted precisely which duct in each ductbank the circuit resided. Furthermore, generic AutoCAD was incorporated with toggle buttons to allow Airport Operations and Maintenance to “turn on” and “turn off” circuits digitally to allow them to pinpoint circuits in the event of an issue. ATL’s team now has access to the airport’s underground electrical system from their offices instead of having to go to the electrical vault on the airfield to test circuits to determine locations.

“The effort created a more functional as-built record of what was in the ground, which allowed the ATL team to improve their system by removing unused and abandoned cables and better utilize the duct/conduit system that they had,” says Mark Kistler, P.E., Regional Practice Lead – Aviation.

Safer, longer-lasting runways. More satisfying customer experiences. A Gap Slab. The far-reaching work of Michael Baker and its joint venture partners has included all this and more. With each project, the joint venture has applied innovative thinking and technologies to help ATL meet its goals. Says Click:

“They’re a great team that’s delivering an outstanding product. We’ll be keeping them as fully engaged as possible.” 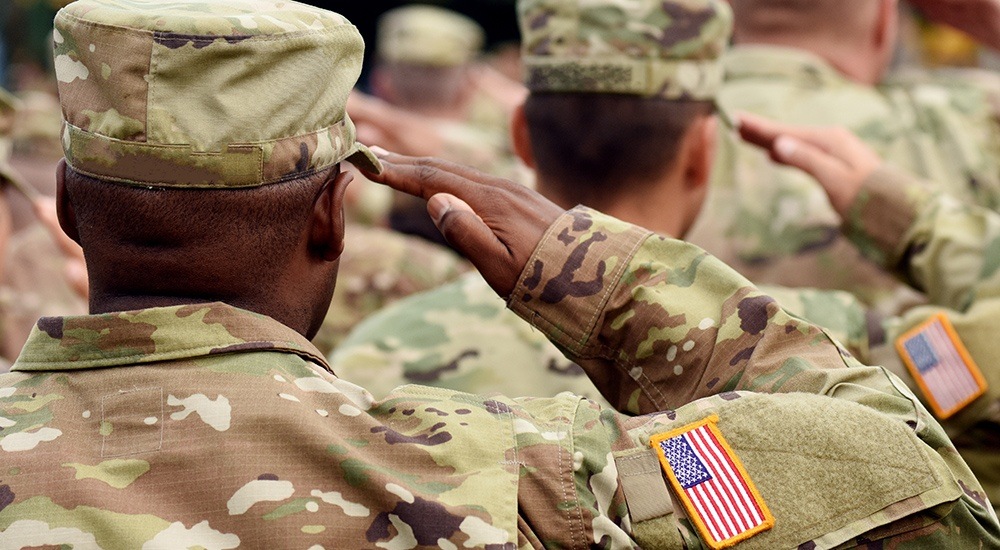 We Serve Those Who Serve

Federal clients have been at the center of Michael Baker's work for nearly 80 years. Chief Growth Officer David Boone shares how we serve them – now and into the future 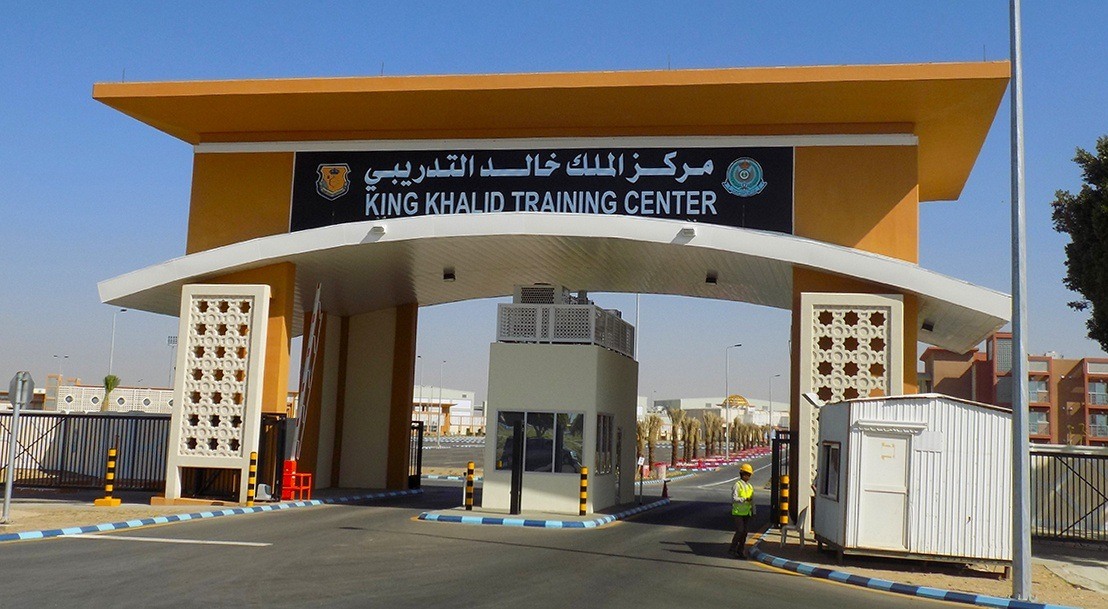