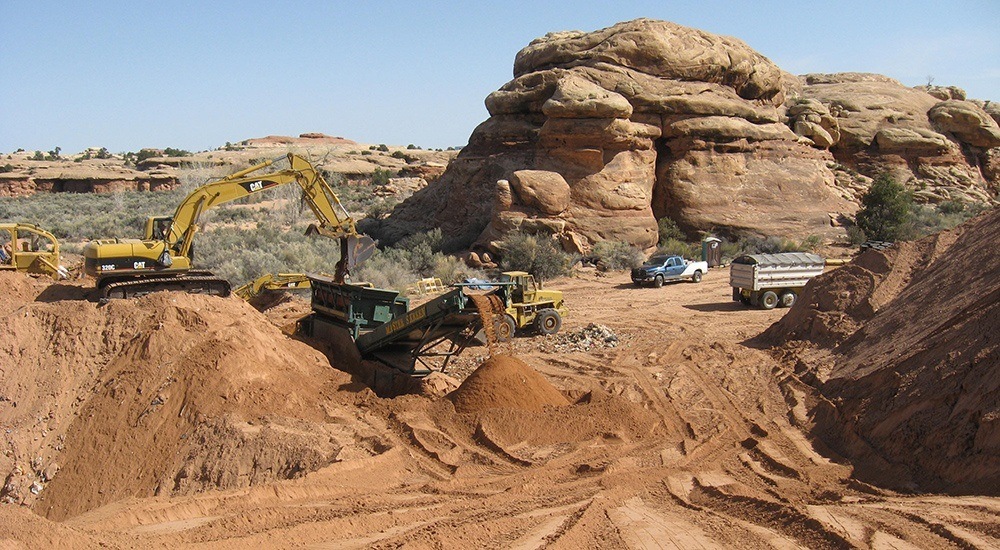 In 1872, Congress established Yellowstone as the first of the country’s national parks, and the National Park System has grown to reflect the compelling diversity of America’s culture and interests. Today, the system spans 417 parks that offer incomparable variety, from battlefields to preserves to seashores to parkways. In 2017 alone, the parks attracted nearly 331 million visitors, employed 22,000 people (counting full-time, part-time and seasonal workers) and infused approximately $35 billion into the national economy. In many ways, America’s national parks are a resource both unique and irreplaceable.

The parks are dynamic, changing to meet new visitor needs and emerging trends in safety and environmental preservation. The National Park Service (NPS) manages that process, working diligently to assure the conservation and sustainability of the parks and their many wonders.

“Michael Baker International served the NPS for more than 16 years, and the NPS has become a special and key client for us,” says Gary Case, project manager and senior environmental scientist for Michael Baker. “We understand the NPS mission to preserve the cultural and historical significance of the national parks, sites and preserves. We look forward to the continued success and satisfaction of assisting the NPS in maintaining and restoring the parks’ beautiful natural resources, along with their individual and overall historic significance for many years to come. Furthermore, we strive that all of our employees working at the parks understand their history and learn what makes each park unique.”

On a number of occasions in recent years, NPS has called on Michael Baker International to help with contaminated site management and sustainability projects. These projects have included remediation of environmental hazards and evaluation and updates of parks’ environmental management systems (EMS).

“We think of the parks as national jewels,” says Mark K. DeJohn, PG, senior geologist for Michael Baker, “but many parks have been affected by past practices and have landfills, leaking storage tanks and abandoned mines that may have been worked before the park was created.”

Here is a look at three of these initiatives and how Michael Baker helps to sustain, protect and support the management of our national treasures.

ELIMINATING A HAZARD AT PALO ALTO

On May 8, 1846, the United States and Mexico engaged in the Battle of Palo Alto, a major conflict that foreshadowed the much broader Mexican-American War. In March 2009, the site near Brownsville, Texas, was designated a national historic park following stints as a national historic landmark and a national historic site. The facility’s visitor center features exhibits and a video about the battle and the broader conflict, and a half-mile trail leads to an overlook of the battlefield. Interpretive panels present the protracted conflict between Mexico and the United States from the perspectives of both countries, providing important context.

Well before the battlefield’s designation as a National Historic Landmark in December 1960, the area was home to many ranches where cattle roamed the land. In earlier times, the cattle were treated in dip tanks to protect them from tick infestations.

“Ranchers used concrete- or brick-lined tanks filled with a pesticide solution to treat cattle,” DeJohn explains. “The tanks were deep enough that the cattle had to swim through them, then drip-dry in a corral. When the dip bath was spent, the rancher would typically dispose of the used solution on site.”

The problem was, while mostly water, the solution contained arsenic. In those years, the solution was dumped on site, where it now poses a potential hazard to park visitors and staff. In hindsight, this practice was deemed not sustainable or eco-friendly, and the residual hazardous materials resulting from these operations would need to be cleaned up. The NPS contracted with Michael Baker to investigate the site and to develop an effective disposal/remediation plan.

“One of our goals is to preserve the landscape and historic natural scenery of each park,” DeJohn says. “We have to implement solutions that do not permanently change the landscape. Here, we came up with a list of options and evaluated them on the basis of effectiveness, sustainability, cost and ease of implementation per federal, state and local requirements.”

Michael Baker found that the contamination was shallow — only about three feet — and proposed a two-part solution. First, the contaminated soil would be excavated. Then, the material would be trucked off-site for disposal in a permitted, secure landfill. The soil excavation was “time-critical,” meaning the most hazardous soil was dug up and removed first, leaving less contaminated soil for removal at a later date. Michael Baker managed the removal operations and restoration activities for the NPS.

Jay Boisseau, PE, the environmental program manager wheel for the NPS Intermountain Regional Office at the time, but who now serves as project manager for line-item construction at the agency’s Denver Service Center, calls the time-critical approach an example of “adaptive management” that has served as a model for similar projects in other parks.

“When you attempt to reduce the quantity of thehazardous material to near-background levels, it gets very expensive,” Boisseau says. “We have removed the main sources of contamination, and what is left is such a small concentration that the migration potential is greatly reduced. We have bought some time to implement the final clean-up remedy.”

Another key element of the plan: the project would occur during the summer, when Palo Alto visitation is historically lowest. The park’s trail was closed only briefly, minimizing disruptions. Now, Palo Alto visitors can enjoy the vistas and contemplate the battle in a much safer environment.

Possible soil contamination also was the challenge at Canyonlands National Park, which spans 337,598 majestic acres in the heart of Utah’s high desert. The park is a colorful preserve of canyons, mesas, buttes, fins, arches and spires, all of it sculpted into a breathtaking landscape by centuries of water and gravity. Many areas are so remote or rugged that access is by hiking or four-wheel drive only.

In the Needles section of the park, NPS asked Michael Baker to assess a 4.5-acre site near a campground that had been used as a landfill. Michael Baker’s initial investigation in 2009 indicated an assortment of waste products — household trash, bottles, tires, batteries and medical equipment likely used in the park’s paramedic training program — reaching six feet beneath the surface. However, subsequent excavations revealed that the waste actually extended 10 feet below the surface, meaning much more material would need to be removed and trucked off-site.

Faced with a much larger excavation, Michael Baker’s team devised and deployed a simple but innovative technique to solve the problem of additional material. They acquired and used large mechanized screens, much the way gold prospectors would, to separate waste from soil. That way, concentrated waste would be segregated for off-site disposal. Michael Baker’s solution proved to be a very effective method of separating the waste material from the soil and reduced the project cost by almost one-third.

“It became much more efficient and economical because disposal costs are on a tonnage basis,” Ed Kleinkauf, PG, a senior project geologist from Michael Baker, notes. “It was a tremendous savings for NPS.”

As an added bonus, saving all that “golden soil” enabled the team to restore the site more easily and economically, as it greatly reduced the need to acquire and bring in clean fill.

“For revegetation, the park supplied us with seeds and small shoots for plants,” Kleinkauf says. “It is basically a desert area, so we could not go in and hydro-seed. We spread the shoots around in a kind of haphazard pattern to resemble what natural growth would look like.”

Boisseau, who also supervised the Canyonlands cleanup for NPS, confi rms the benefi ts the agency reaped. “Michael Baker’s innovative work with the soil screening system was great for us. They were able to sift a large quantity of soil in a short period of time, and it kept us from generating additional solid waste. Waste reduction is a priority in the NPS.”

As a precaution, the team tested groundwater wells near the campgrounds — no contamination was found — and decommissioned two of the wells. The park later removed the fencing around the campground and now has a clean, safe site should it ever choose to expand this area. This was another example of how the suggested engineering ideas of Michael Baker helped to enhance the park while also preserving the environment.

To ensure that the U.S. national parks employ the most modern and sophisticated sustainability practices, NPS periodically conducts audits of the parks’ environmental management systems (EMS). Such EMS audits are comprehensive with eight required elements that include the parks’ environmental commitment statement, environmental impacts at the park, goals and objectives to maintain environmental compliance, roles and responsibilities, recordkeeping, training and communication. In 2017, NPS engaged Michael Baker to perform an EMS audit for parks in the Southeast Region, including Jean Lafitte National Historic Park and Preserve in Louisiana.

Jean Lafitte National Historic Site, which is named for the infamous early 19th century pirate, includes six physically separate sites with diverse goals. Three of those sites, for example, preserve and interpret the Cajun culture of the region while the Barataria Preserve features trails and canoe tours through bottomland hardwood forests, swamps and marsh. Still another component preserves the site of the 1815 Battle of New Orleans and includes a national cemetery.

“They have a great EMS program that is fully implemented and functioning,” Beardsley reports. “During the four-day audit, it was easy for me to verify that the park has done an excellent job of addressing all required system elements and incorporating them into daily park activities.”

Michael Baker conducted and managed the park audit to ensure compliance with NPS standards as well as federal, state and local regulations. To enhance their program, Michael Baker recommended that park strengthen its training element and add follow-up reports for any measures implemented, but the audit overall showed a park meeting its environmental goals.